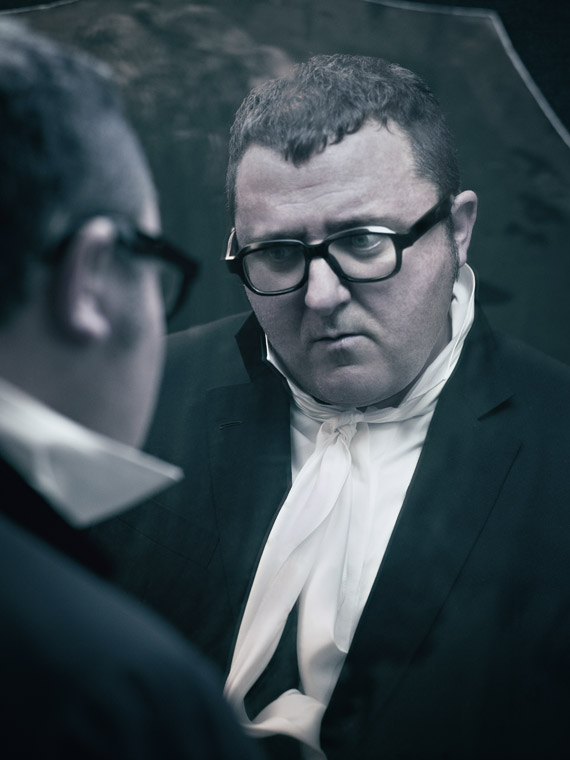 Yesterday we were still speculating if the Lanvin for H&M rumor was true or not, guess no more H&M has confirmed that its next designer collaboration will be with Lanvin!! The collection will be designed by Lanvin’s artistic director Alber Elbaz, and menswear designer Lucas Ossendrijver, and is slated to go on sale on sale in the US and Canada on November 20 and the rest of the world on November 23 in around 200 H&M stores worldwide. Mark your calendars and start saving up!

According to H&M, the collection of both womenswear and menswear will be revealed on November 2, just three weeks before the clothes hit the store. Hopefully we’ll get some leaks here and there ha! Seriously dying right now, might not be able to sleep haha! Are you excited?

“H&M approached us to collaborate, and see if we could translate the dream we created at Lanvin to a wider audience, not just a dress for less. I have said in the past that I would never do a mass-market collection, but what intrigued me was the idea of H&M going luxury rather than Lanvin going public. This has been an exceptional exercise, where two companies at opposite poles can work together because we share the same philosophy of bringing joy and beauty to men and women around the world.” Alber Elbaz, artistic director of Lanvin.

“We are thrilled about Lanvin’s collection for H&M, it is such an exciting moment. Lanvin will bring to H&M a luxurious French tradition that is also modern and playful. It is very much a Lanvin collection, using their cut and tailoring, with lots of focus on form and details for both women and men. The launch in November is going to be full of wonderful surprises.” Margareta van den Bosch, creative advisor at H&M.