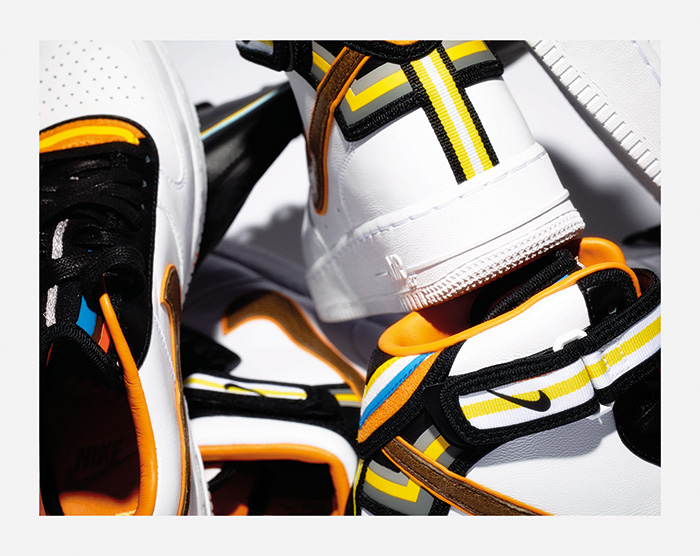 “The shoe is universal yet somehow very personal,” says Tisci. “I travel all over the world, and I see people wearing the Air Force 1, and they wear it in so many different ways. And so I was thinking, what is the essence of the Air Force 1? And how do I take that essence and make my own statement?” Tisci continues, “The Air Force 1 is not about gender, it’s not about a particular city, nor is it about a certain style. The community decides. It’s democratic. It’s love.”

I can’t wait till the collection releases, very cool! Definitely need to check them out in person!

UPDATE 04.11.2014: The collection just launched on Net-A-Porter.com, shop it before it sells out!

Keeping it classic, Tisci designed an Air Force 1 Lo and the Air Force 1 Mid. But he also took it somewhere new by presenting never before seen forms in Mid Calf and Knee Hi boot styles. All are unified by bold, multi colored bands that represent a modern day tribe – a borderless community brought together by a love for a sport icon, Tisci considers his collection of Air Force 1’s a take on modern day tribes. Born in Italy, resident of Paris, devotee of American culture. Tisci is the master of many languages of creativity.