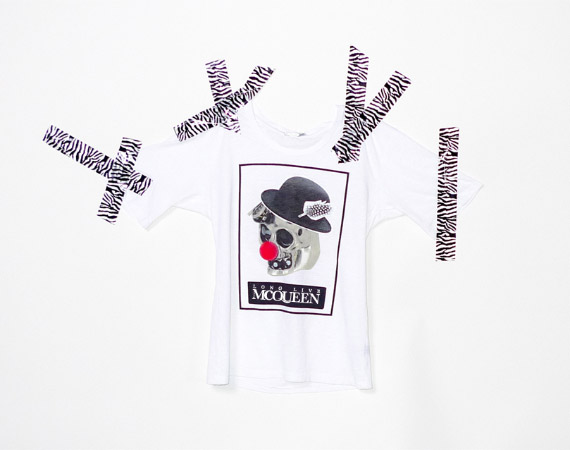 Alexander McQueen has influenced so many designers and people with his breathtaking designs, including Lanie from Hellz Bellz. To pay homage to this great figure in the fashion industry, a limited one-of-a-kind honorary T-shirt will be sold on the Hellz online shop, with a portion of the proceeds going to the What Ever It Takes organization in which McQueen was involved with and designed a custom T-shirt for. What Ever It Takes promotes leadership in encouraging young influential characters in this generation in taking positive action in the evolving awareness of poverty and environmental degradation.

This “Long Live McQueen” tee didn’t come after the death of McQueen, it has been in the works for awhile now, and was set to launch for the Fall 2010 collection, but due to the recent loss to the beloved designer, Hellz would love to show their condolence to the passing of this great human and released it in McQueen’s memory.

The T-shirt will be on the available on the Hellz online shop for $40. RIP Alexander McQueen. 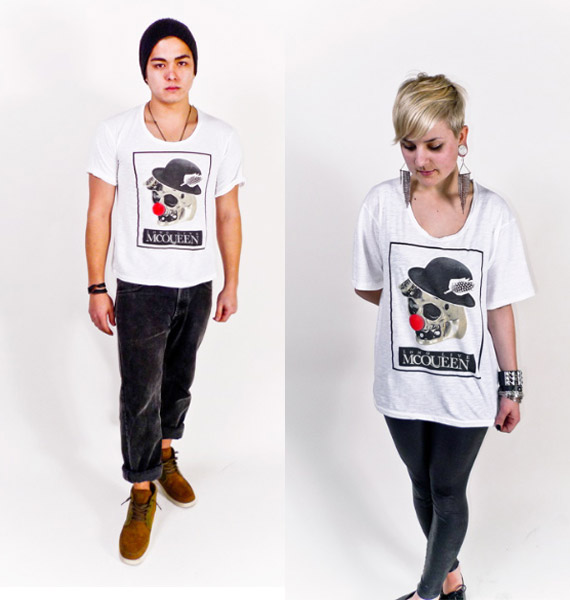