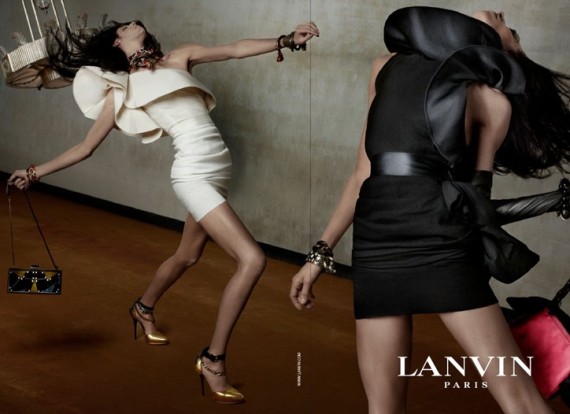 Jamie Bochert is not only doing the Rodarte for Target look book and the Marc Jacobs Spring/Summer 2010 ad campaign, she also poses for Lanvin‘s Spring/Summer 2010 ad campaign…although you can’t see her face. The ad campaign was shot by Steven Meisel, according to WWD Lanvin’s artistic director, Alber Elbaz said, “I thought maybe we need a bit of action,” so the ad features Jamie Bochert rushing down a corridor in a New York studio. Pretty cool, do you like the first look?