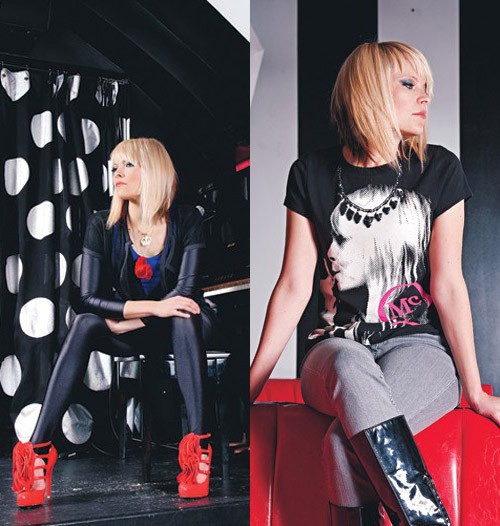 Earlier this month it was confirmed that Alexander McQueen will be designing a capsule collection for Target under their new fashion initiative called Designer Collaborations. Here is a quick preview of the McQ Alexander McQueen for Target collection featuring Liela Moss as his muse, he said, “We use icons in British music, and she stood out. She’s a great-looking girl and has a personal style. It fell into the idea of the New York underground music scene. It was more the atmosphere she portrays.” The range will launch in March 2009, I can hardly wait!

The collection has a muted color palette of black, white, gray and tan with accents of cobalt blue and bright pink. Studs and mesh give items an edge. There are studded jeans, shorts and denim jackets with asymmetrical closures, short tuxedo jackets and matching shorts, dresses in a blue and white painterly fabric, a one-shoulder dress in a gray-and-black zigzag pattern with a thick black belt, and a T-shirt with the image of Moss. The designer’s favorite pieces in the line include “the pink and black pieces and the little prom dresses.” via WWD