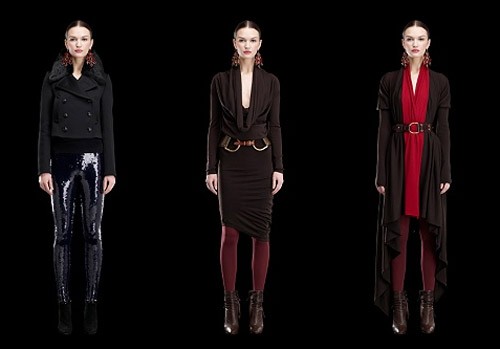 Remember rumors have been circulating that Alexander McQueen will be the next “TARGET” to collaborate with the mass retailer on a capsule collection with their GO International initiative. Well things went a lil different…

This just in, WWD broke the news that “Target in March will launch a new fashion initiative called Designer Collaborations. The program will bring the styles of well-established designers to the mass merchant at typical Target prices. Alexander McQueen is the first on deck and will design a version of his McQ collection called McQ Alexander McQueen for Target. The collection will have rock ‘n’ roll influences and edgy details such as studs and tattoo-print fabrics. Designer Initiative is a separate program from Target’s Go International, which focuses on young or emerging designers. Target said additional Designer Collaborations will be announced in the future. Each collection will be available in stores for a limited time.” I can’t wait, this is got to be one of the best!!!

The collection has a muted color palette of black, white, gray and tan with accents of cobalt blue and bright pink. Studs and mesh give items an edge. For example, a chambray sleeveless shirtdress has stud detailing, there’s a mesh wrap dress and an open yarn zipper cardigan. Graphic prints and silk-screen photographs give tunics, dresses and T-shirts visual interest. The Leila silk-screen T-shirt with a necklace collar was designed for The Duke Spirit lead singer, while other band members are immortalized on a sleeveless jersey T-shirt.

A sateen strapless pleat dress in a tattoo print of mermaids, dice and anchors is an example of McQueen’s penchant for pairing feminine fabrics with tough details — in this case, a studded leather belt.