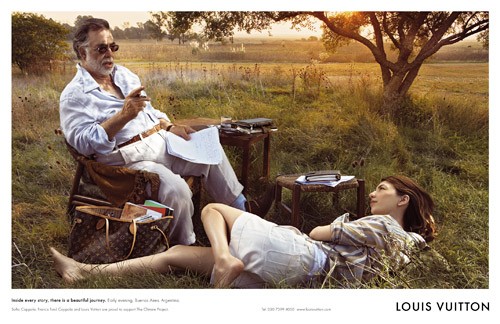 “Inside every story, there is a beautiful journey”

Remember I mentioned that the next Louis Vuitton Journeys campaign will consist of a couple? The secret has unveiled, “the legendary filmmaker Francis Ford Coppola, and his daughter Sofia both Oscar-winners, who has emerged as one of the world’s most exciting young directors with films like Lost in Translation and Virgin Suicides, are photographed by Annie Leibovitz for the latest wave of Louis Vuitton’s global core values advertising campaign.” This campaign marks the fifth in Louis Vuitton’s unfolding series of portraits of exceptional people – will appear in major international titles from July 2008.

The portrait, which was shot in the countryside outside Buenos Aires, where Francis Ford Coppola is filming his latest movie, shows the director seated, with a film script in his hand, in discussion with Sofia, who is lying on the grass. The scene has a luminous, almost impressionistic quality, and conveys the idea of a serene exchange between father and daughter.

I was definitely thrown off by the word “couple” and it never occurred to me that it would be father and daughter, this is a good one. Beautiful picture indeed.

Peep the making of pictures after the jump… 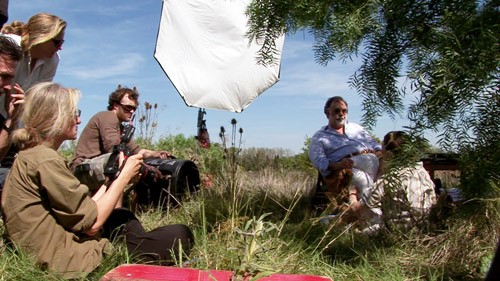 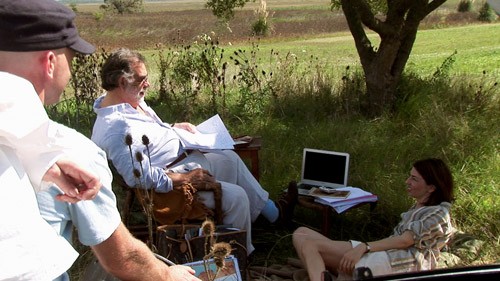