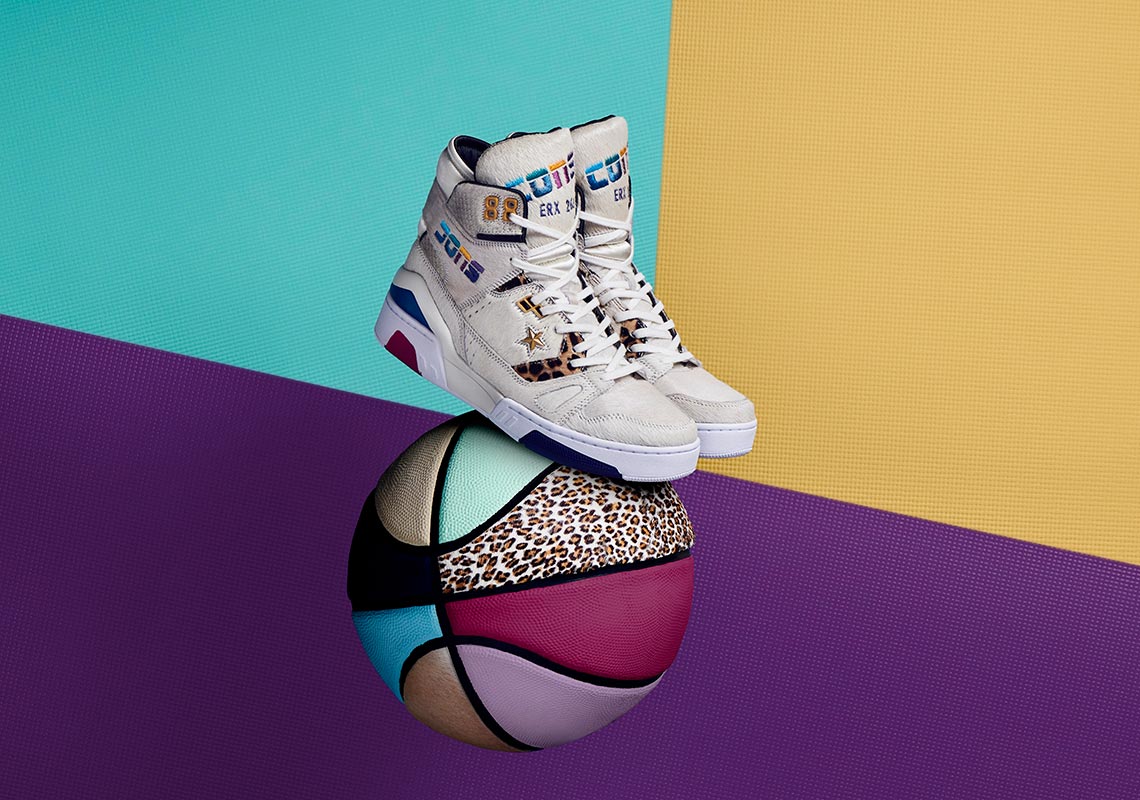 Nine-piece collection incorporates basketball heritage in color-blocking, adopted and interpreted by Don C
Converse is introducing the first style-driven expression of the ERX, a sneaker that epitomized the over-the-top basketball style of the late 1980s, with designer and style trendsetter, Don C. As Don C walked back through the Converse archives, he was immediately drawn to the ERX, through his own personal memories of the silhouette and love of the sport. Recalling the shoe’s championship pedigree, as it capped a decade when Converse athletes defined title-winning, he was reminded of the cross-cultural, on and off court adoption it enjoyed, even after it disappeared from the Converse lineup after only three years.

Combining inspiration from the sneaker’s defining cultural moments with Just Don’s signature aesthetic, the ERX is constructed to bring style to the forefront. Crafted as the centerpiece of the collection, the sneaker is reborn with its original 22-panel construction in a white hair-on-hide pony hair upper, embellished with gold jewel Star Chevron and “DONS” logo – a cheeky play on the original “CONS” logo – on the ankle in colorways that hint to the collection’s full color palette.

Remixing heritage basketball color-blocking, the collection enables bold, mix-and match style statements. Don C’s signature sweat short is crafted with heavy cotton French terry, an oversized Just Don logo across the front panels, tonal leopard print accents, satin stitching, and gold zippers, which carry through in the nylon track pant, which is crafted with full-length zippers that run down each leg.
The graphic tees feature an oversized wildcat graphic with accents of embroidered lurex, metallic embroidery, and tonal leopard prints, as does the hoodie, which also hosts a chenille basketball patch on the back and rubber print ball on the sleeve.
With his notoriety stemming from the accessories space, Don C also crafted two pieces of headwear for the collection, both of which include hints of faux pony-hair, leopard print and gold hardware, as well as a duffle with embroidered lurex logo.

The Converse x Just Don Collection will release initially on November 19th exclusively at JustDon.com and globally from Converse beginning November 20th, with prices from $60 to $250. 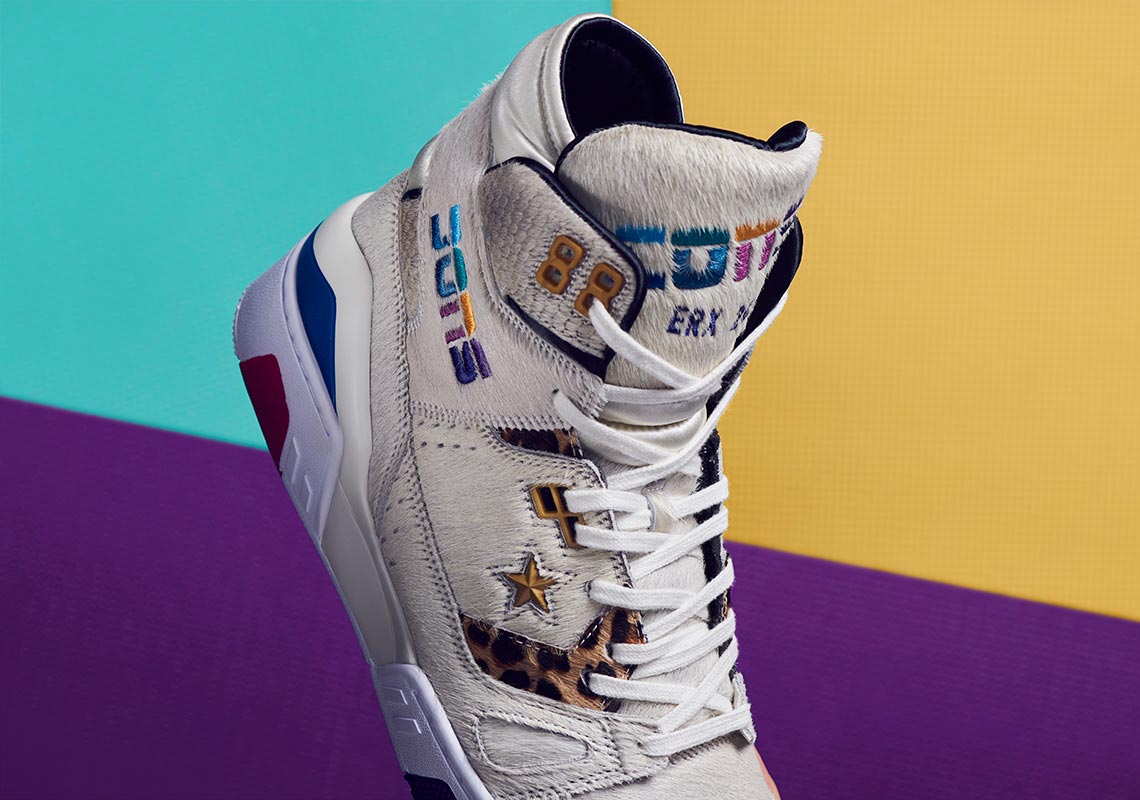 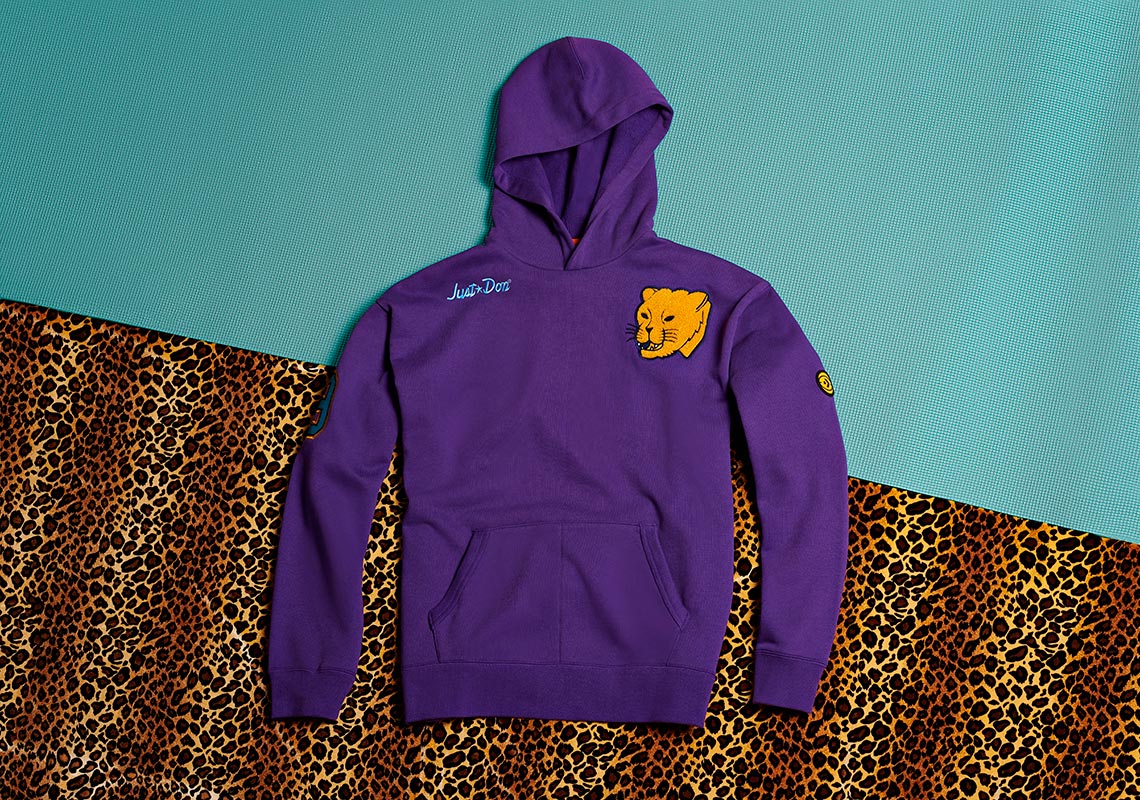 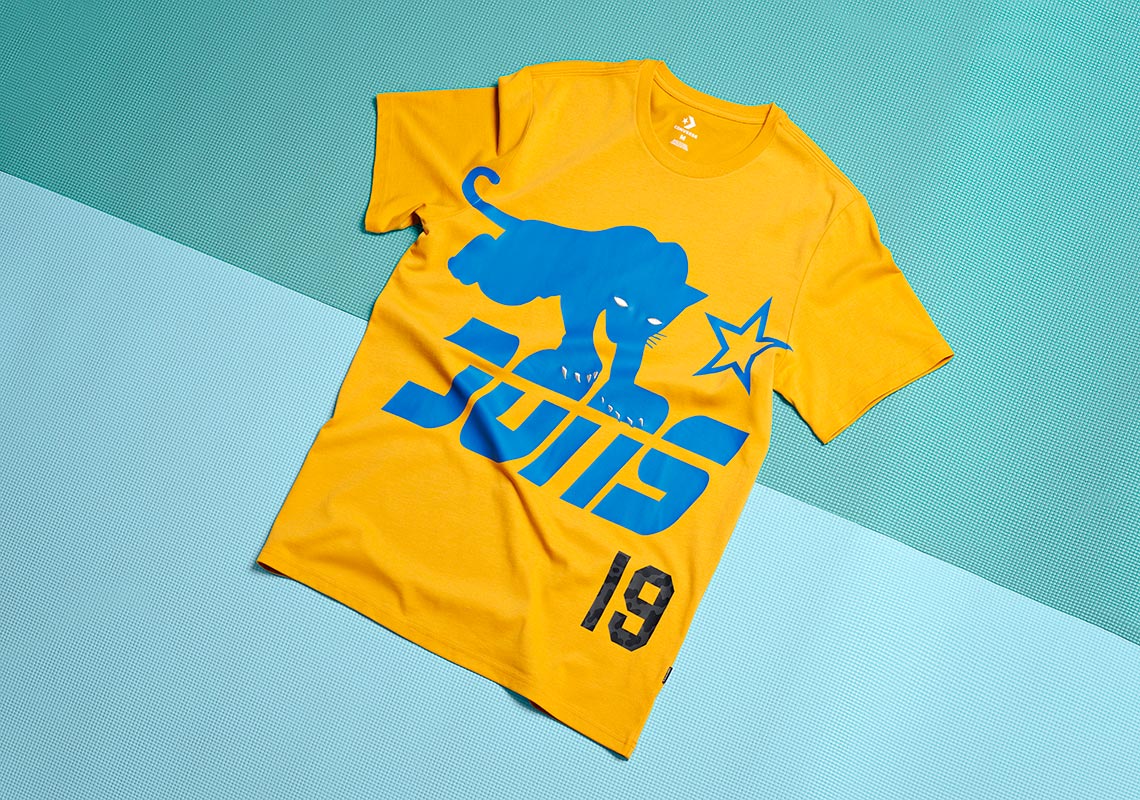 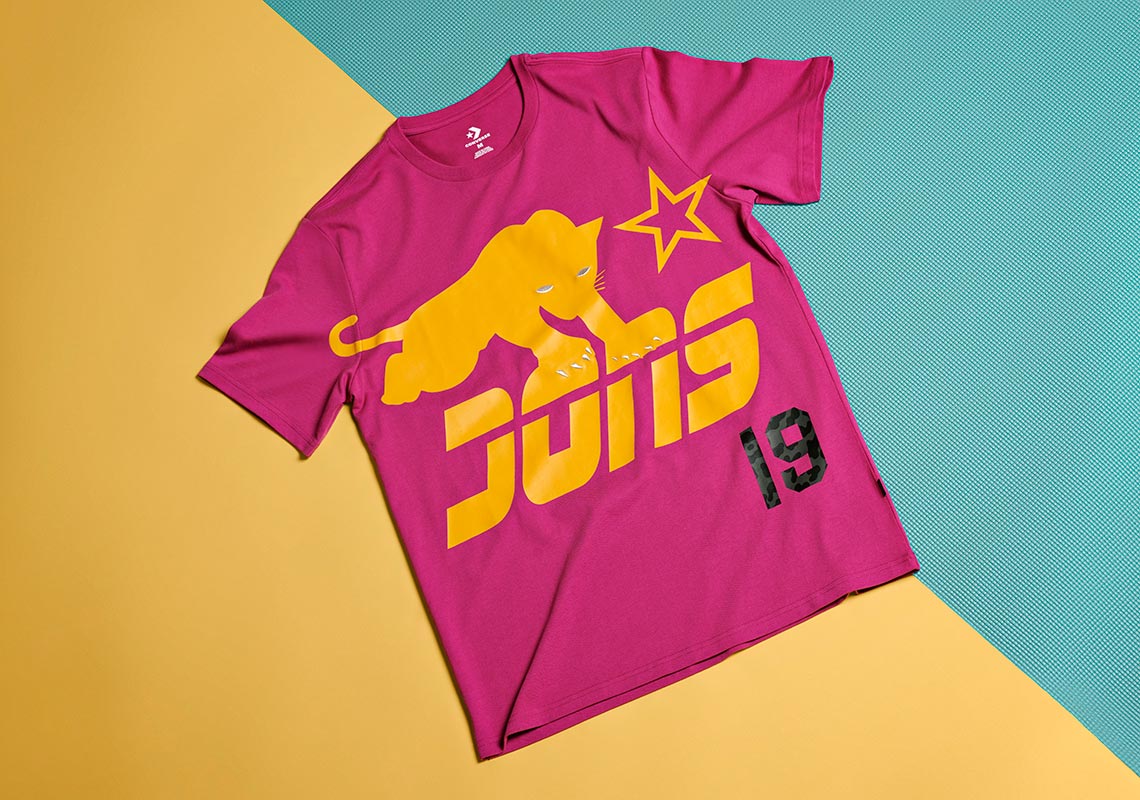 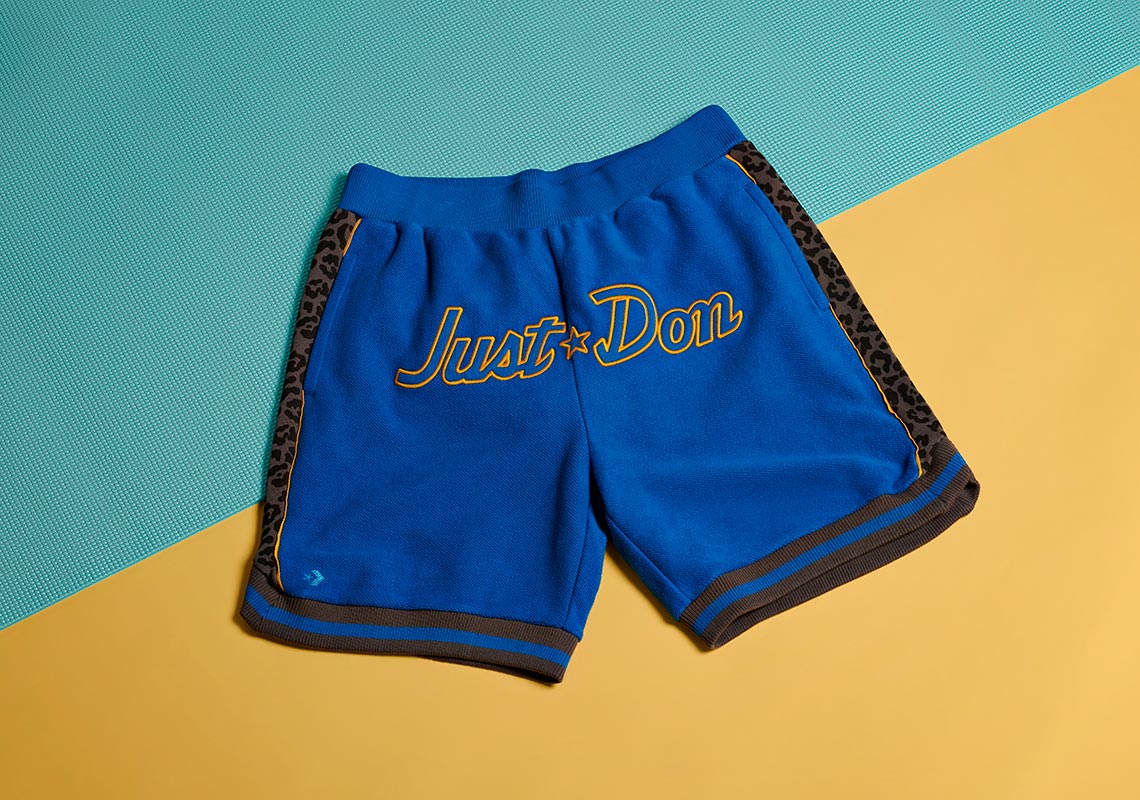 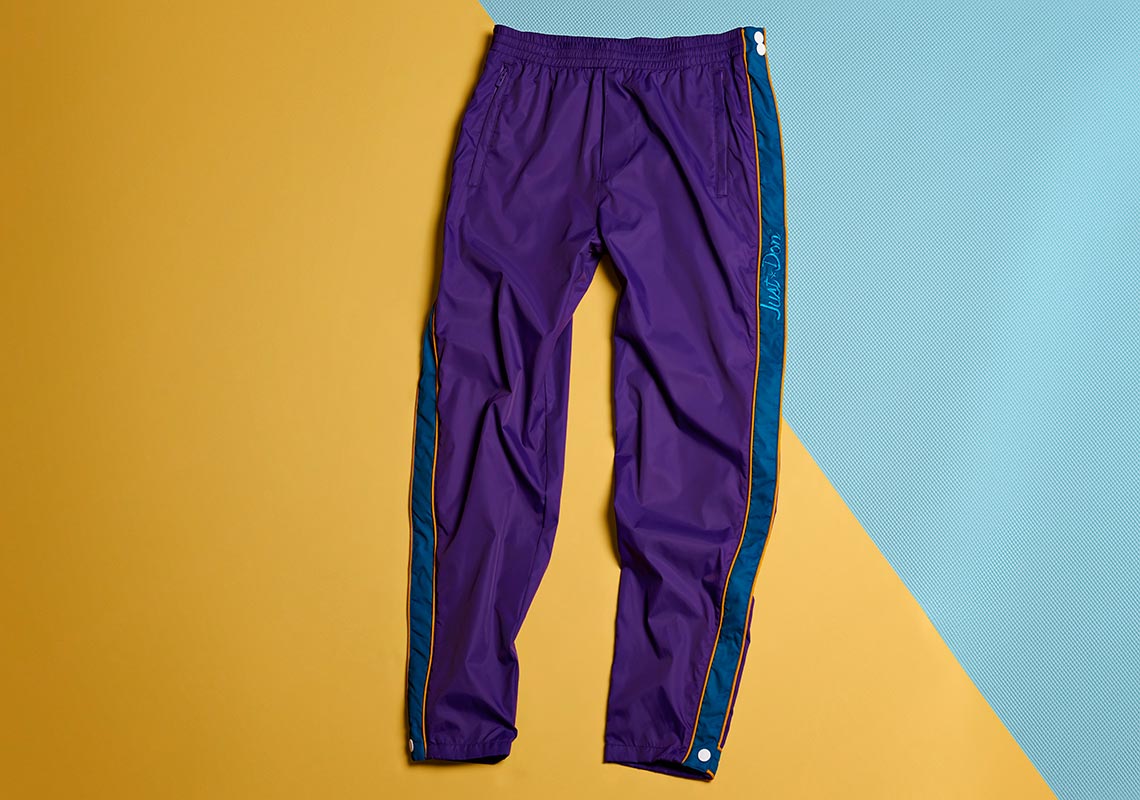 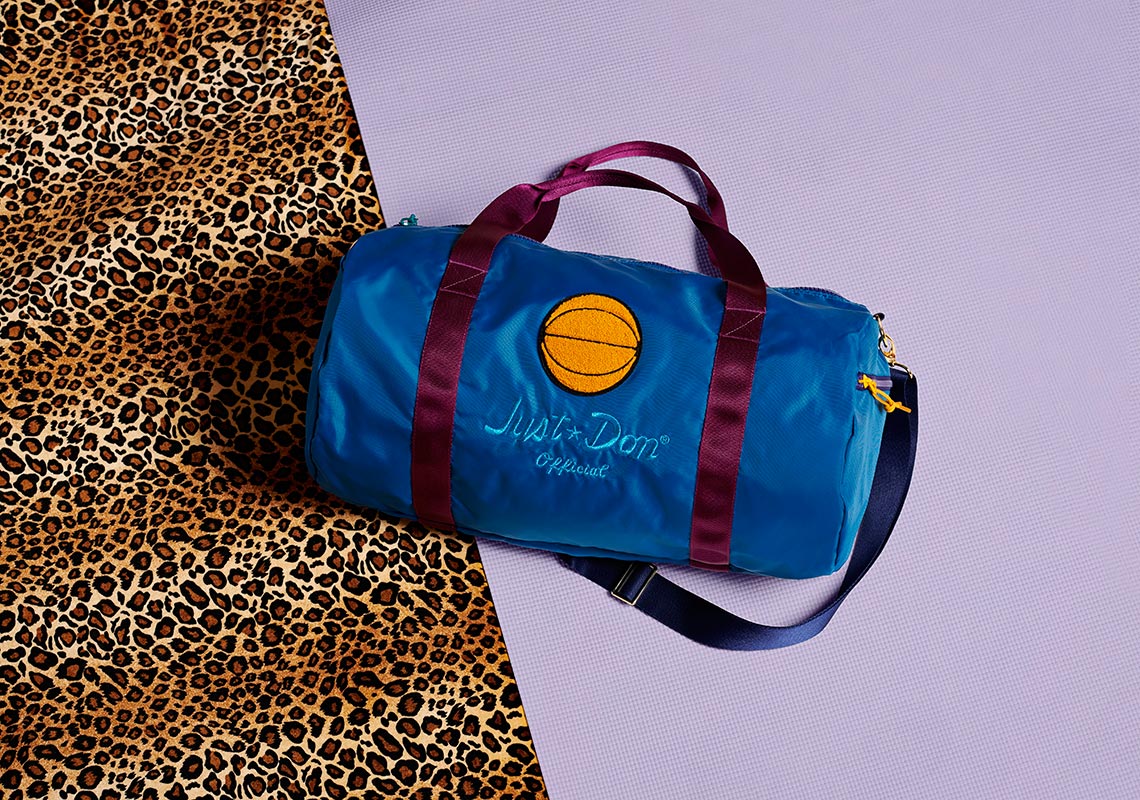 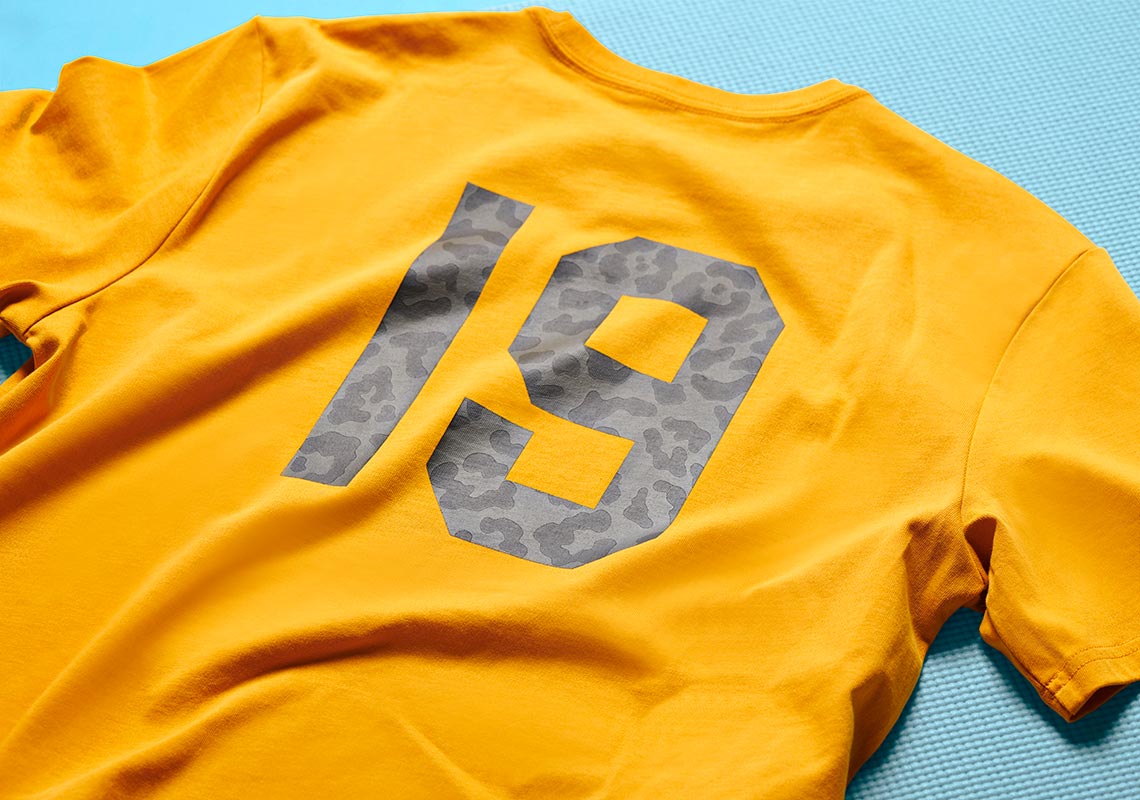 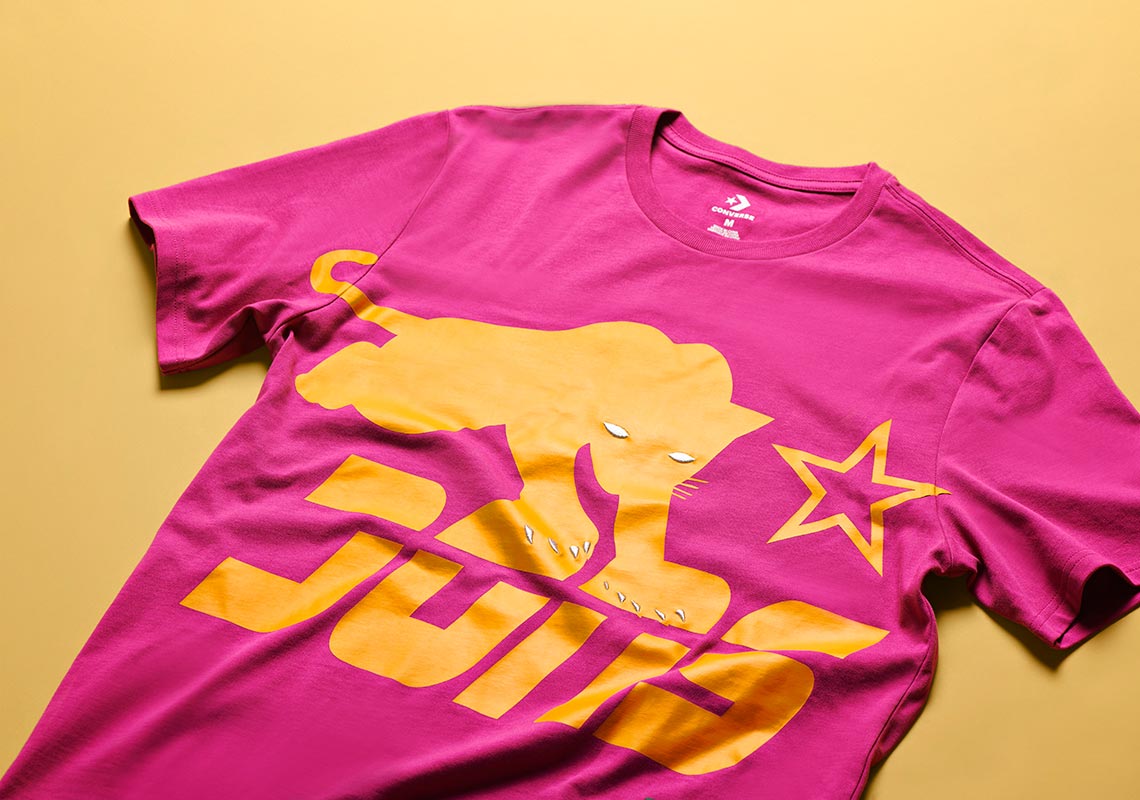 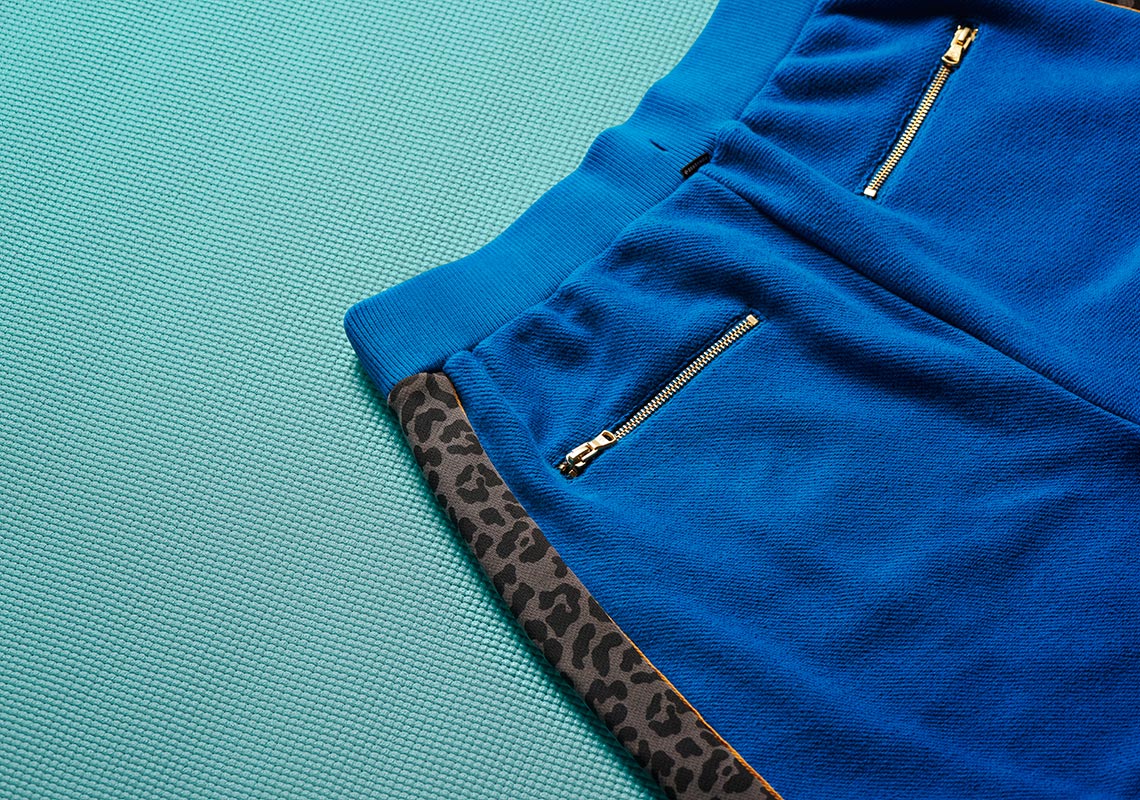 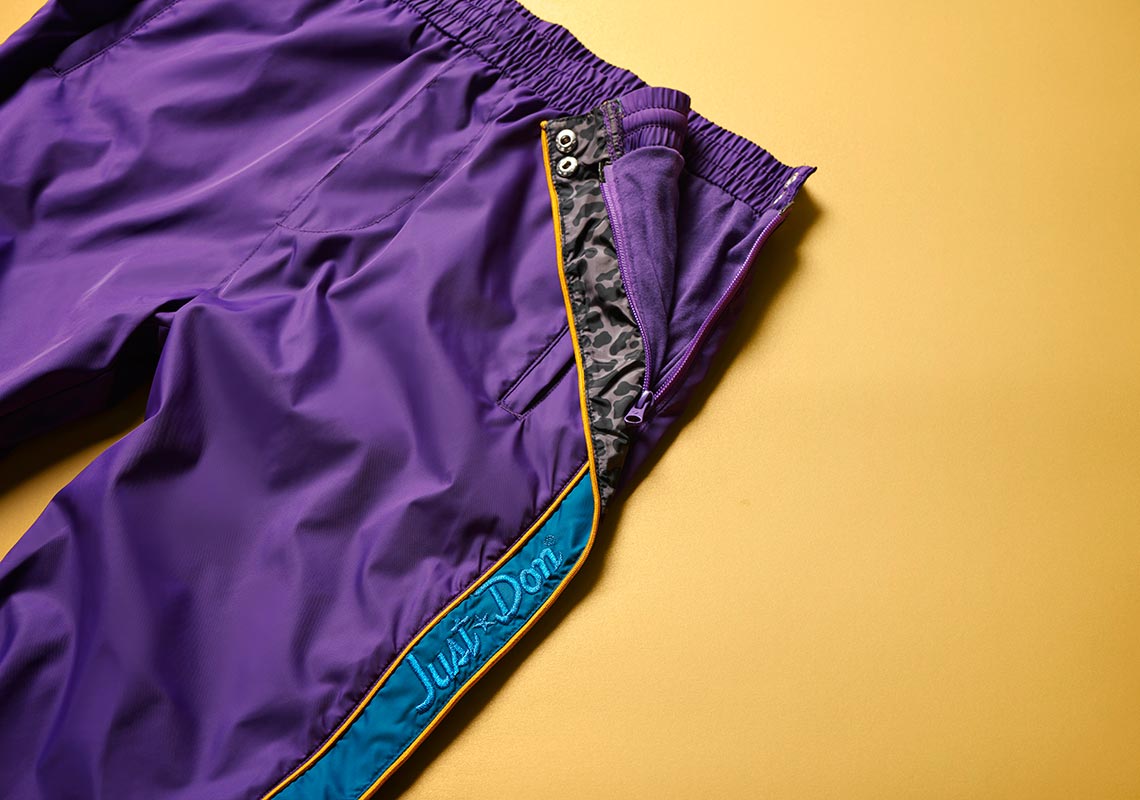