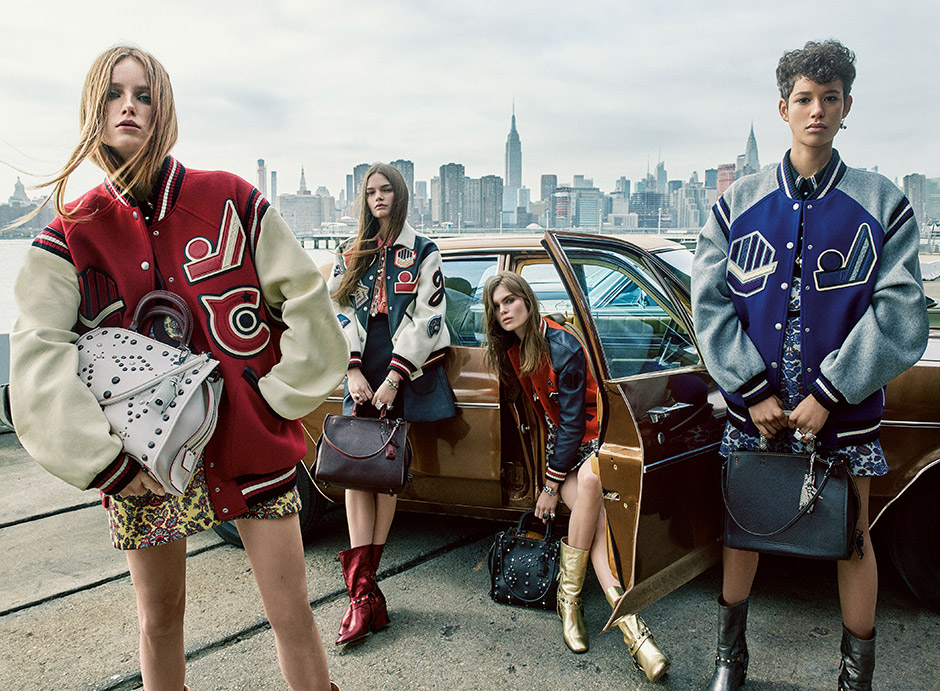 I’m seriously wishing its Fall right now because Coach‘s upcoming collection is amazing! I was dying when I saw all the pieces on the runway show in real life, it’s so good! For Fall 2016, Coach taps new fresh faces for its campaign, models include: Rianne Van Rompaey, Sandra Schmitt, Jing Wen, Caitie Green, Dilone and Finnlay Davis. The campaign was shot by renowned photographer Steven Meisel, styled by Karl Templer and art-directed by Baron & Baron, the images were shot on location in Brooklyn. Simply love Creative Director Stuart Vevers’ vision.

New for the season is the Rogue bag with studs, rivets and patchwork to complete the tough NYC gurl look. My favorites are always the outerwear, Fall has always been strong but this new season featuring workwear-inspired patchwork and oversize shearling coats, varsity jackets and more is everything.

The mood of the collection—feminine and tough—is reflected in the backdrop of the photographs; nostalgic, retro American cars face off against a bold New York City skyline.

Check out the campaign images and BTS shots from the shoot below. I can’t wait till the collection drops!

Creative Director Stuart Vevers says, “Coach is about New York City. The word ‘cool’ as we know it and Coach were both born in the city in 1941—and they’ve both had 75 years of swagger in pop culture.” Vevers adds: “I wanted to capture that pop sense of cool in this collection. It’s about ease, utility and fun—a type of creative subversion and bringing a new perspective to luxury.” 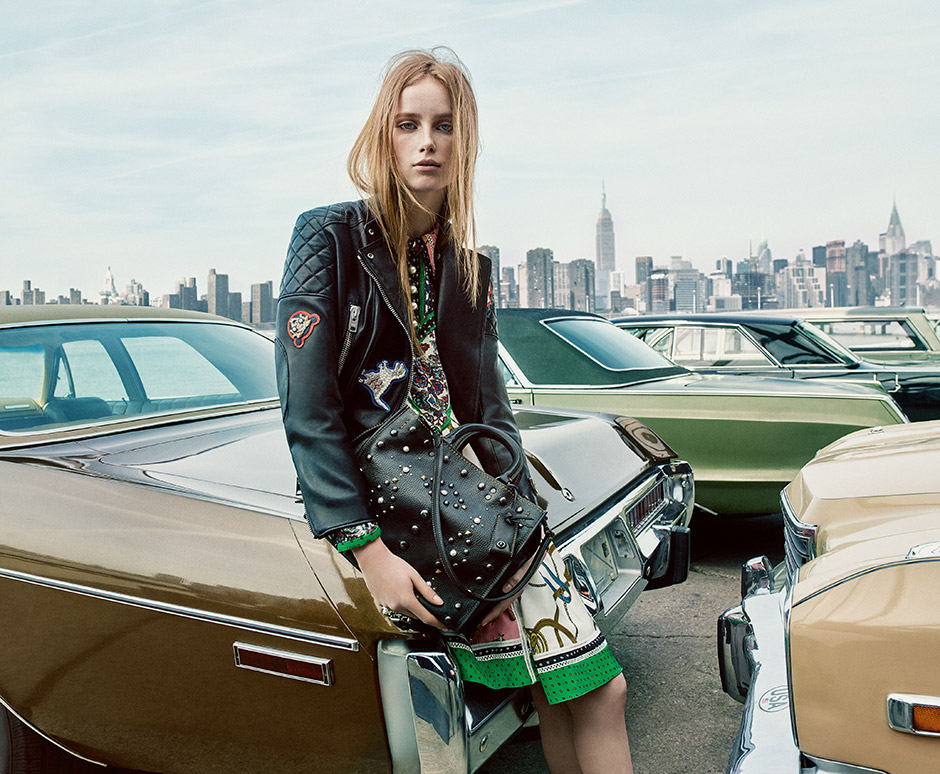 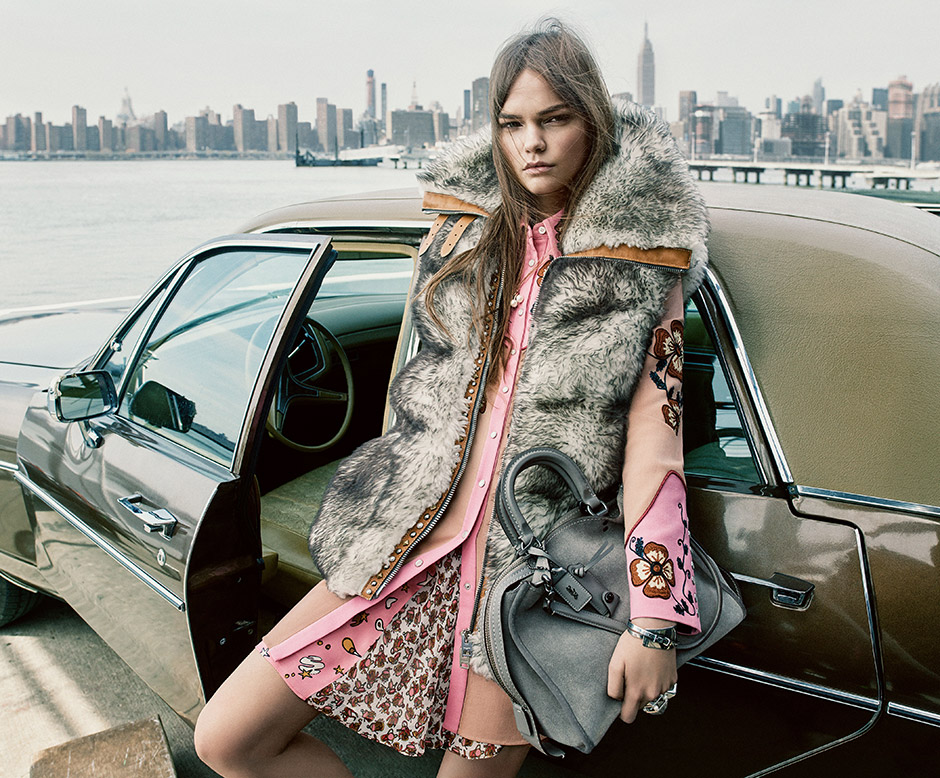 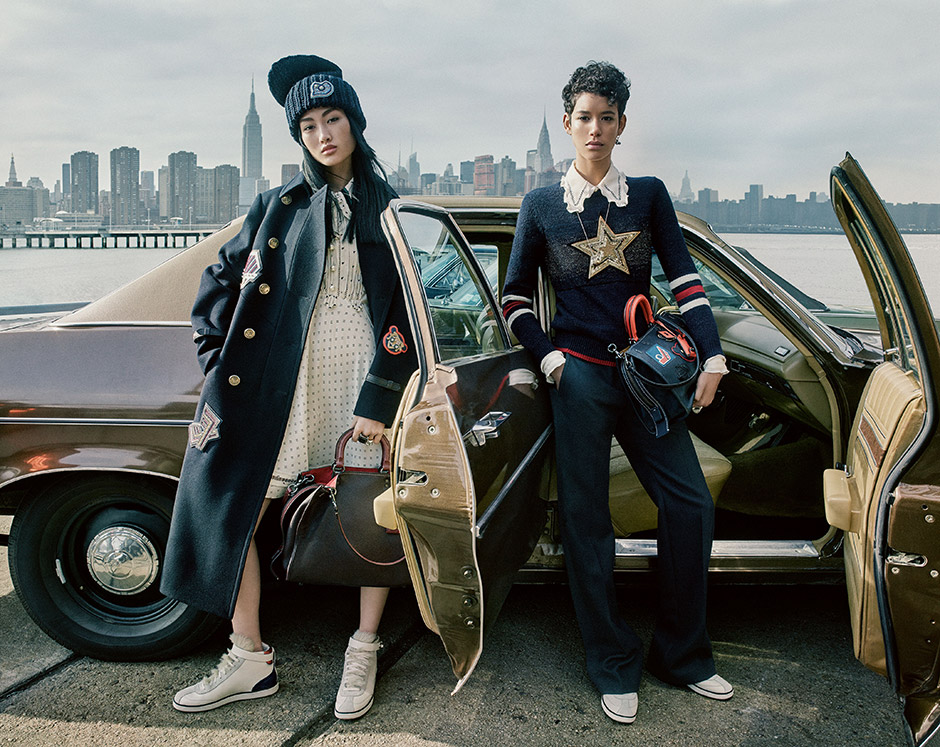 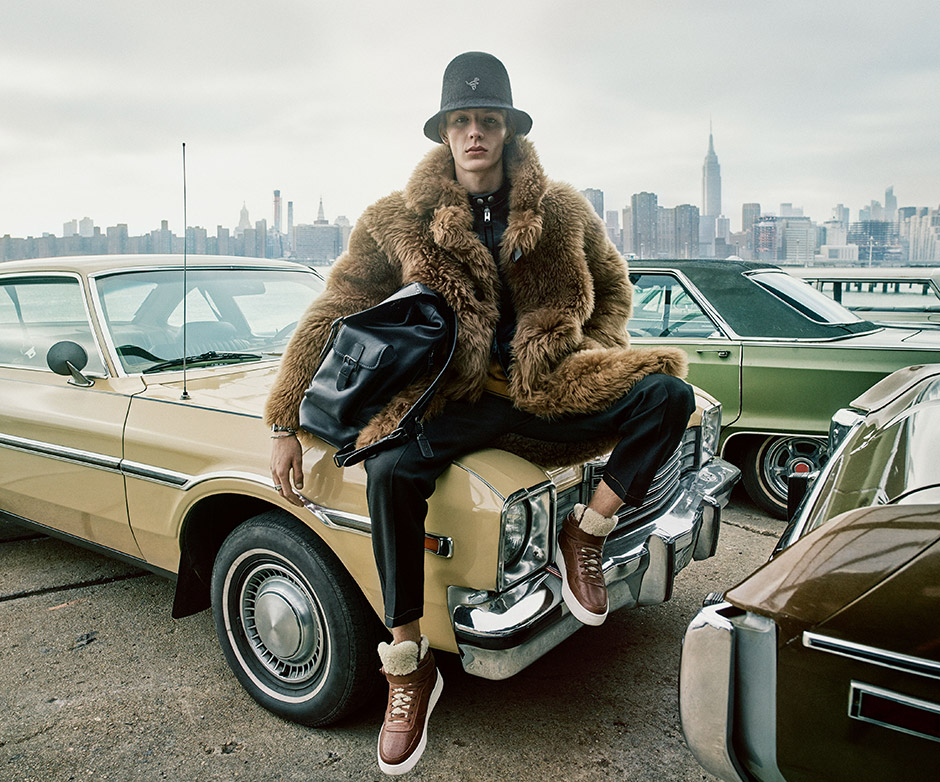 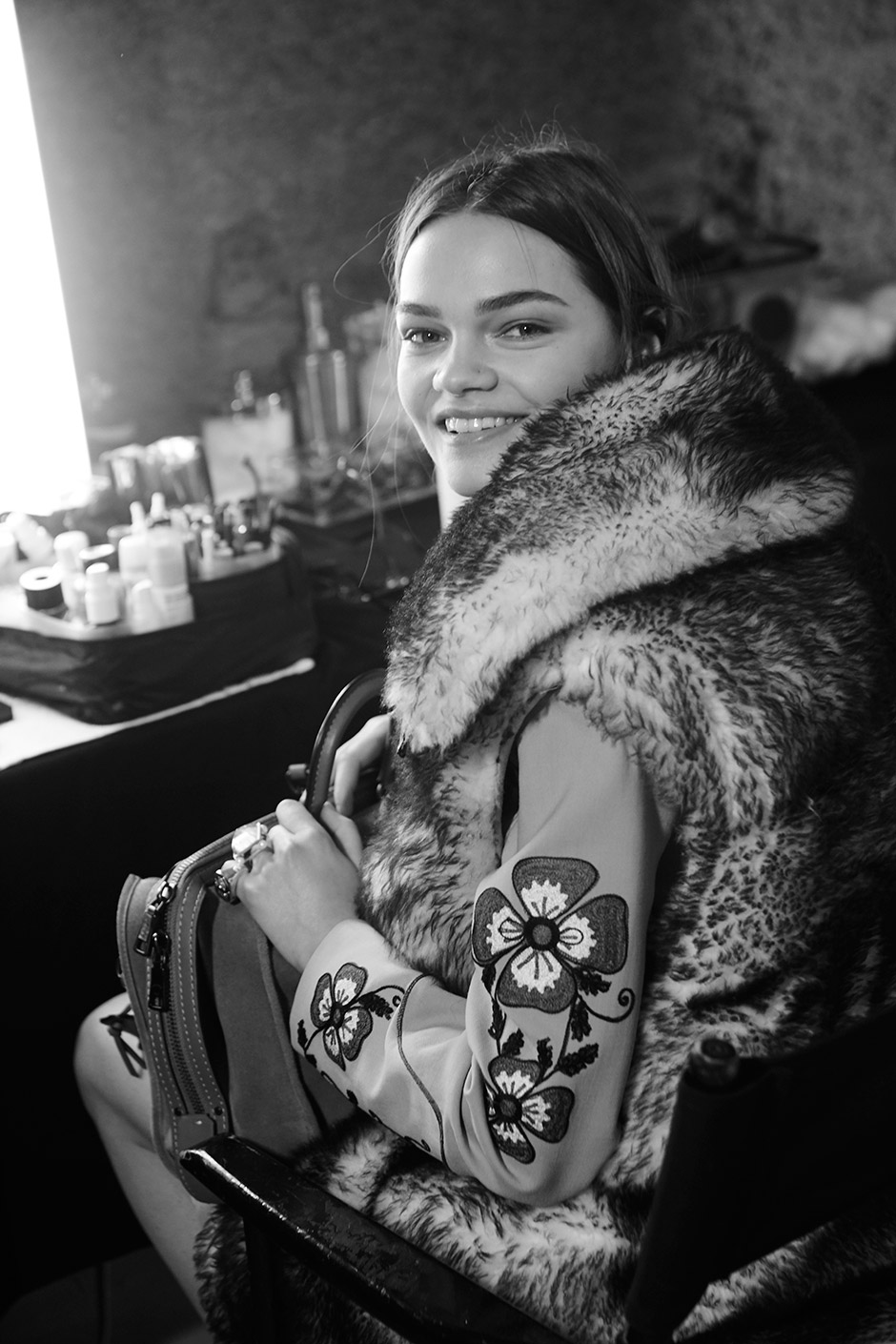 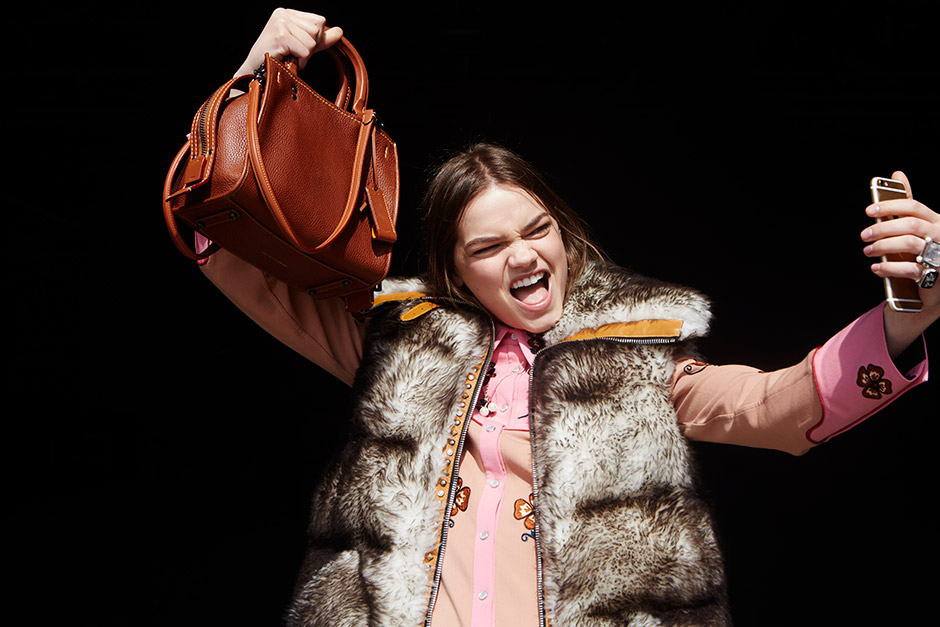 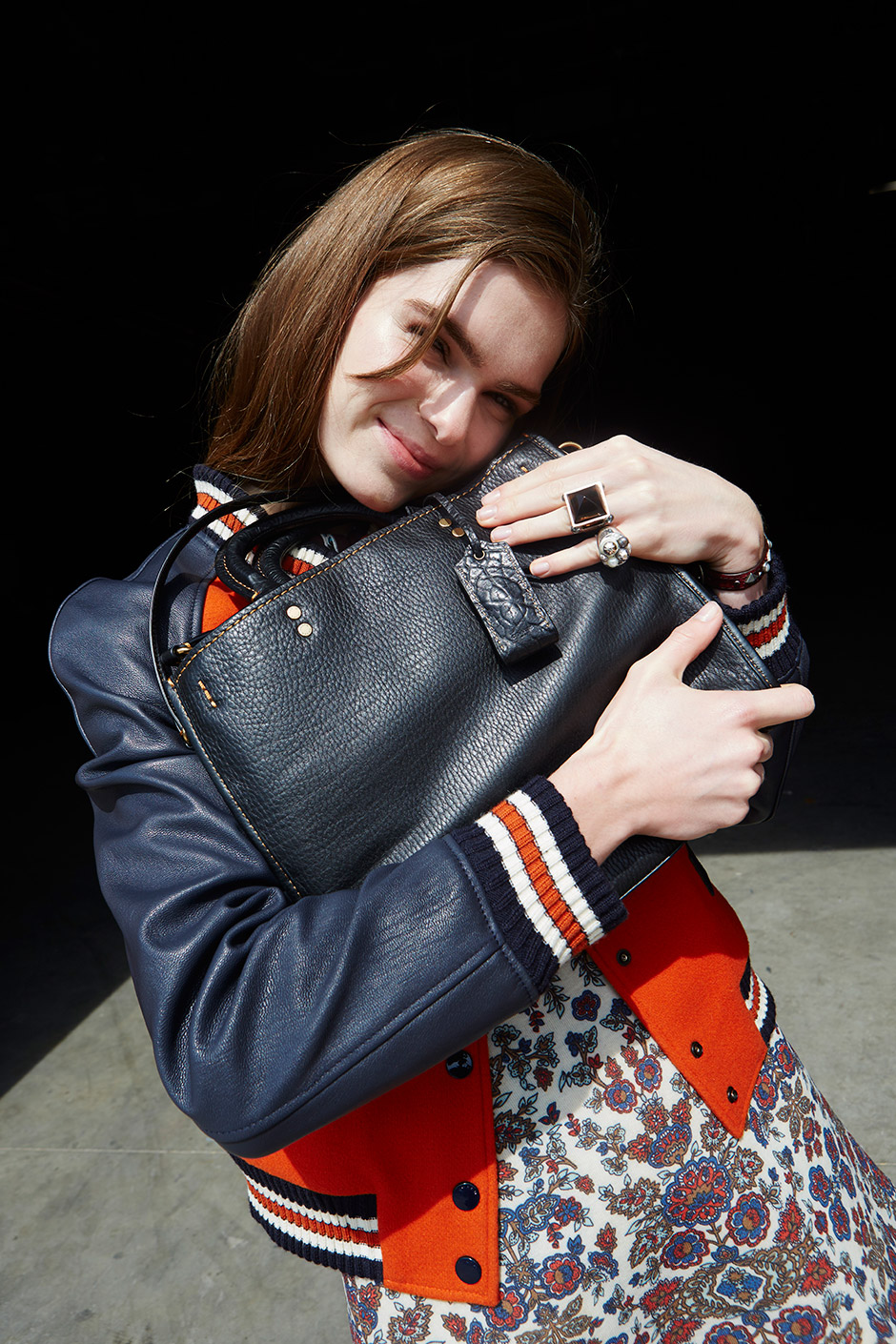