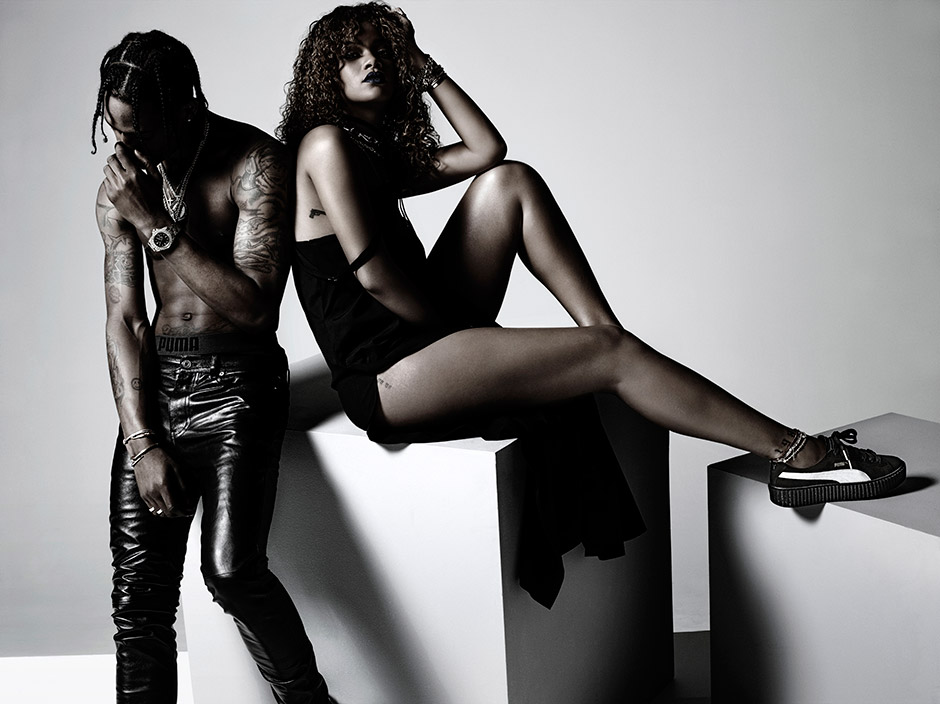 PUMA by Rihanna – The Creeper

For those that follow this blog and also my Instagram @nitro_licious, you’ve probably already seen me talk about the Rihanna x PUMA Footwear Collection a few times already. Yesterday, I rocked out a pair of the highly anticipated The Creeper in tan, now here’s more info on how to get your hands on a pair!

To help launch the PUMA Creeper, Rihanna called on her friend, musician and record producer Travi$ Scott. Scott stars in the first-ever PUMA by Rihanna campaign alongside Rihanna, who also creative directed the shoot.

PUMA Women’s Creative Director and Brand Ambassador, Rihanna, and Global Sports Brand PUMA kick off their first venture with the release of the PUMA BY RIHANNA Collection under Rihanna’s FENTY label. Under her creative direction, the first collection introduces the PUMA Creeper, remixing the iconic PUMA Suede with a little bit punk and a little bit rebel.

The PUMA Creeper was inspired by the revolutionary punk era from King’s Road in London to the LES underground club scene in the late 80’s. The clubs have since closed but the culture never left, influencing the city’s fashion and music scene for years to come. The classic PUMA Suede was transformed with a platform or “creeper” sole for a fresh take. Rihanna also took style advice from Los Angeles-based menswear designer Mr. Completely, to round out the PUMA Creeper design.

The first black/white pair of the pre-release sold out already but don’t worry. The first three colors of the PUMA Creepers be available through PUMA.com and lifestyle shops worldwide starting September 25th with new color and material releases in November through 2016. So dope right?! Love!

“I am so excited to finally introduce the PUMA Creeper to the world,” says Rihanna. “Partnering with PUMA has given me the opportunity to create pieces that are unique and unexpected. I really wanted to dig into their archive and give classic silhouettes my own spin. The PUMA Creeper is just that. And equally as cool, the fact that Travi$ Scott is joining me on my first launch is incredible.” 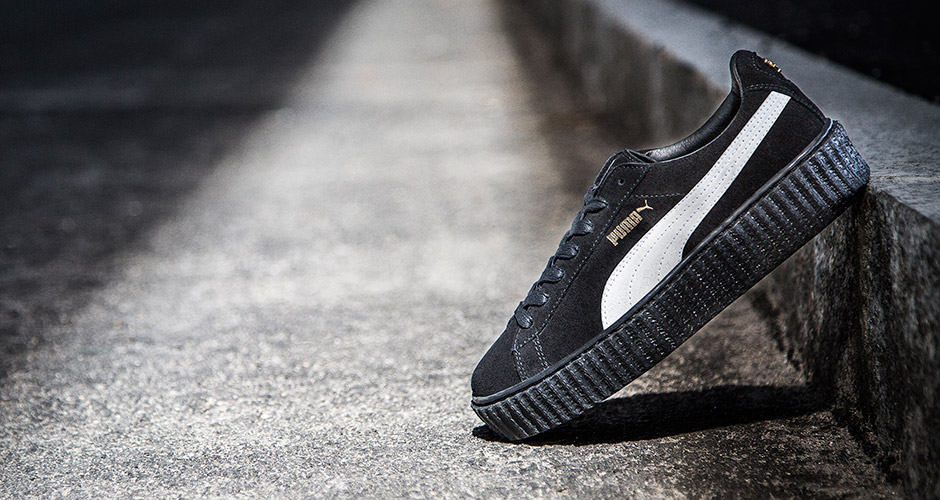