We can always count on Louis Vuitton for having innovative windows and facades at their stores, right now dinosaurs dominates Louis Vuitton’s 5th Avenue Maison’s windows. Stepping out of their museum-style cabinets – specially built in the dark oak used on Louis Vuitton stores’ parquet floors, and lined with canard-green velvet – each of the dinosaurs bestrides its window like a colossus interacting mischievously with Louis Vuitton mannequins.

Their golden skeletons create intricate architectural structures showcasing Louis Vuitton’s iconic handbags. Featured in the windows are Louis Vuitton bags from Autumn/Winter (the Speedy, the Sofia Coppola, the Alma and the Noe in a variety of sizes and colors). Museum-style signage which would usually spell out the species of dinosaur is used instead to identify the type and specification of each bag. Mannequins are dressed in clothes from the pre-fall 2013 collection.

The idea for Louis Vuitton’s new window installation was hatched after a visit to the Natural History Museum in Paris’s Les Jardins des Plantes, where the remains of the biggest and most successful species of animal ever to walk the Earth can be seen fascinating crowds of adults and children alike. Louis Vuitton has brought these vast prehistoric skeletons back to life in a surreal, spiny fantasy, their bones filling the windows of Louis Vuitton Maison stores and shining bright in antique gold.

The Dinosaurs featured are the:
– the spiny Dimetrodon, the oldest of the selection, dating from 290 million years ago, with its distinctive sail of spines on its back
– the placid Stegosaurus, with plates across its backbone like a jaw full of wonky teeth
– the gigantic, pond-paddling Brachiosaurus
– the swift-footed, fast-thinking Velociraptor
– the predatory Spinosaurus, the largest of the meat-eaters, even bigger than the Tyrannosaurus Rex
– the three-horned Triceratops, the youngest of the bunch at a mere 65 millions years old

Check out the windows and sketches after the jump… 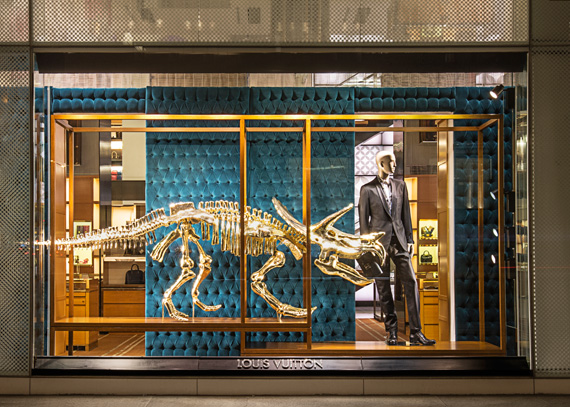 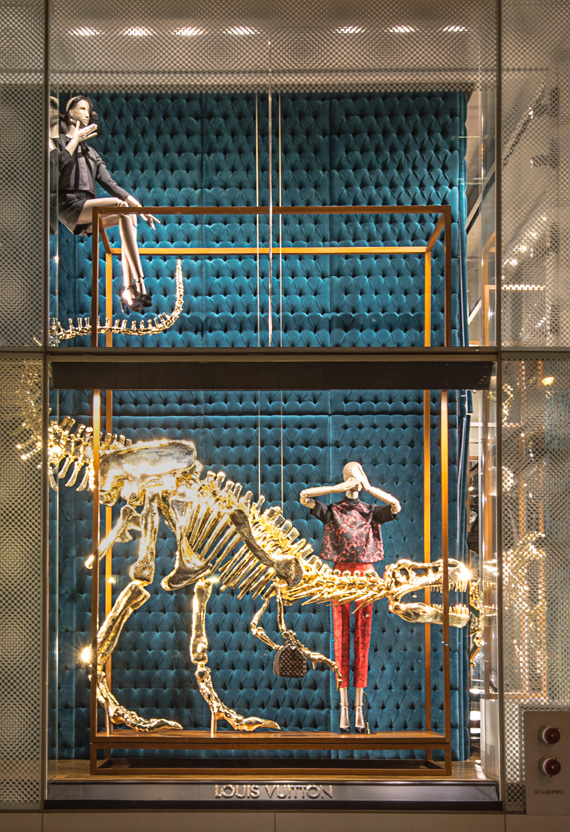 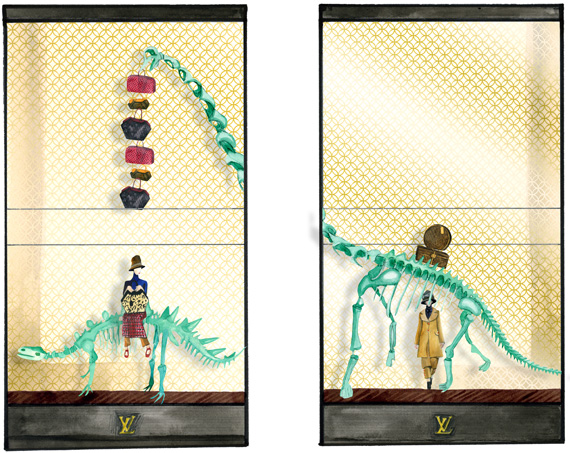 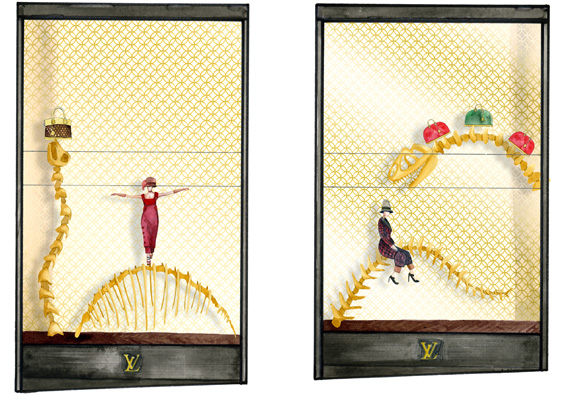 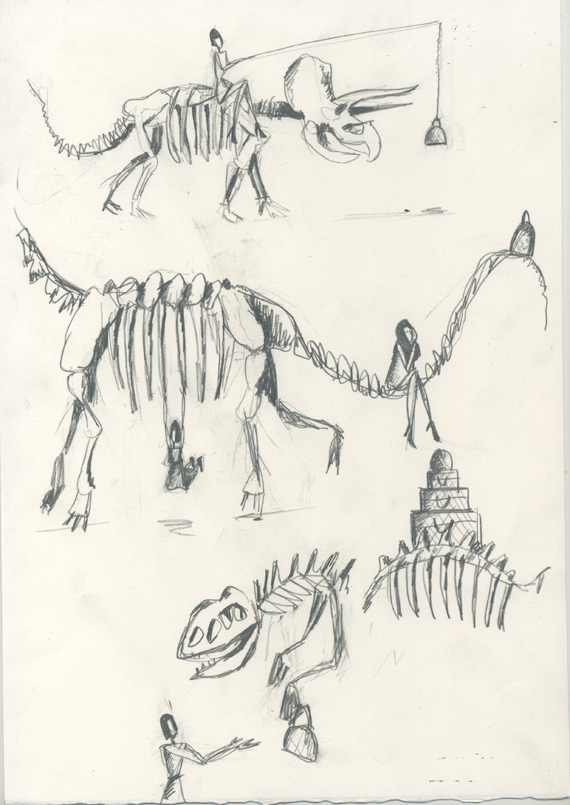