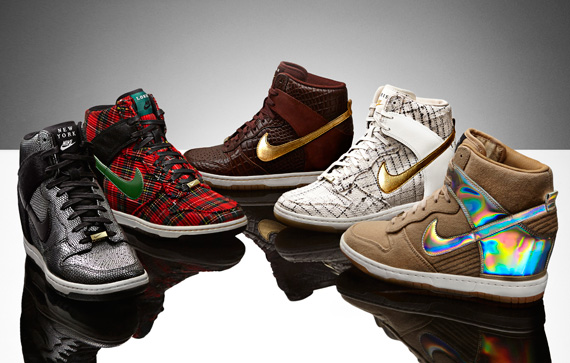 One of my favorite sneakers is the Nike Dunk Sky High, it’s super comfortable, stylish and the wedge gives us shorties an extra lift. Nike just released a collection of Dunk Sky High shoes inspired by the fashion capitals of the world. Cities include London, Milan, New York, Paris and Tokyo, each pair is veneered with premium materials reminiscent of each city culminating in the release of the Nike Dunk Sky High City Pack.

The New York pair released today just in time for fashion week. “New York is commonly known for its all-black-everything demeanor. The Nike Dunk Sky High New York features a metallic reptilian upper with black pony hair quarter panels and a patent leather Swoosh logo to complete its edgy but luxurious finish.” Swoon!!! I have a few pairs of the Nike x Liberty of London collabs and definitely need to get these to add to my collection. Which city is your favorite pair?

More info on the other cities after the jump… 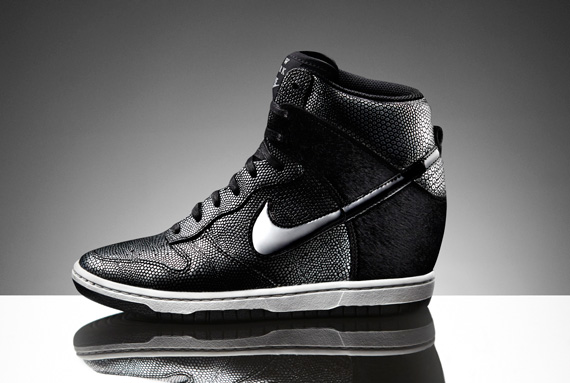 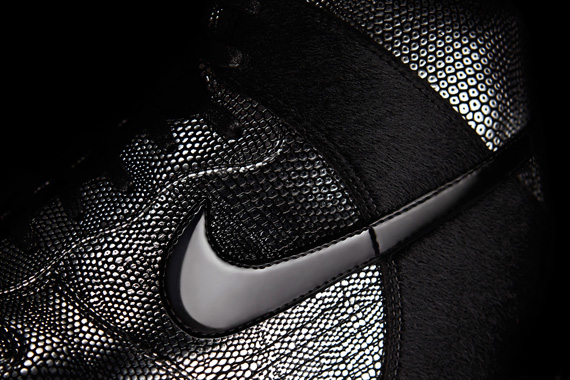 Nike Dunk Sky High London
London boasts a vivid music culture that has forever cemented plaid as a symbol of rebellion. The Nike Dunk Sky Hi London is imagined through a vibrant red plaid pleated fabric upper that is finished off with a complimentary green patent leather Swoosh logo for extra attitude.

Nike Dunk Sky High Paris
Paris is commonly referred to as the city of romance. The Nike Dunk Sky Hi Paris is finished off with a pale-based tweed pattern that represents the grit of an urban city colliding with a feminine aesthetic. The interwoven fabric upper is accented with supple white leather details making texture yet another parallel to the city’s cultural contrast.

Nike Dunk Sky High Tokyo
And finally, the Nike Dunk Sky Hi Tokyo reveals the personality of a city driven by an insatiable desire for high tech while rooted in a tradition that is distinctly Japanese craftsmanship. The clash between the old and the new, craft versus sci-fi pop culture, is reflected in the use of fine felted beige material accented with futuristic eye-catching iridescent details.