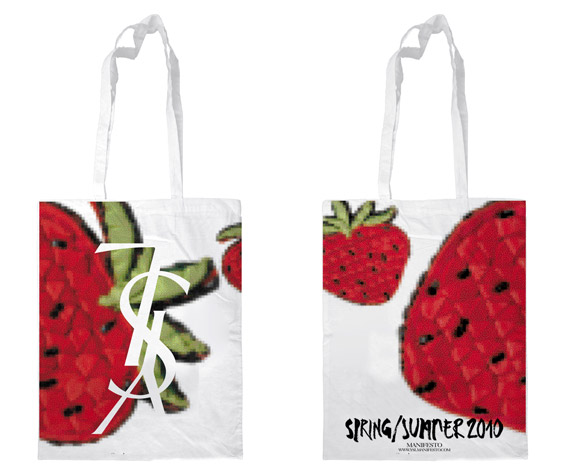 I was wondering when the announcement of the new YSL Manifesto will be, finally today reader Amel from YSL sends the first look at the Spring/Summer 2010 tote (thanks)! The Yves Saint Laurent Spring/Summer 2010 Manifesto will make an exclusive debut in the streets of New York on Tuesday, February 16, 2010, followed by a worldwide release on Saturday, February 20 in the streets of Paris, London, Milan, Tokyo, Hong Kong and, for the first time, Berlin. After last season’s powerful introduction of the Manifesto to the city of Seoul, Korea, it was decided that each successive season would bring a new destination for the Manifesto project, ensuring that in keeping with its ethic, the Manifesto’s message travels far and wide.

This Manifesto – the sixth edition, was photographed by Inez van Lamsweerde and Vinoodh Matadin under the creative direction of Stefano Pilati, and features Natalia Vodianova in the Yves Saint Laurent Spring/Summer 2010 collection. In a spirited gesture of generosity and democracy, like past seasons about half a million copies of the Manifesto will be distributed globally and to the first 2,000 passerby in each city with a custom cotton tote bag designed by Pilati. This new tote is so fresh featuring two red juicy pixelated strawberry prints on the front and back on a white background. Can’t wait to get my hands on it! Do you like?

Check out the first video after the jump… 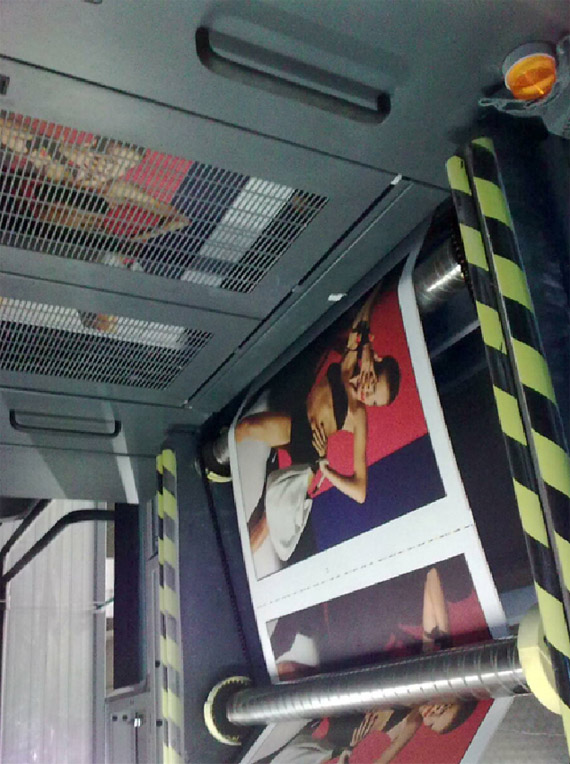