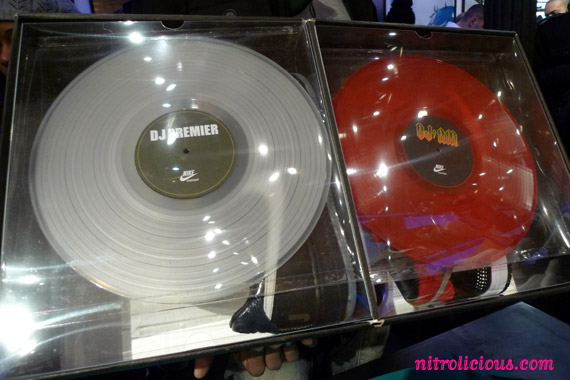 Last night was a packed house at Nike Sportswear at 21 Mercer to celebrate the launch of the DJ Premiere and DJ AM (R.I.P.) Pack. DJ Premiere was spinning live and they sold the exclusive pack of the footwear (Nike Dunk Hi x DJ AM and the Nike AF1 x DJ Premier) with custom packaging and serrato vinyl, 100% of the proceeds went to benefit the DJ AM Memorial Fund. 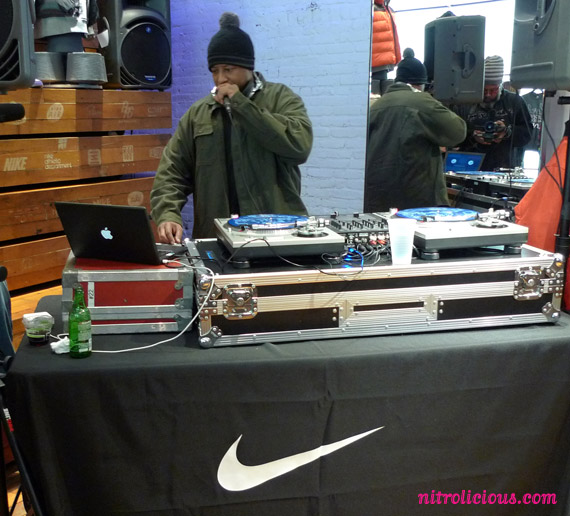 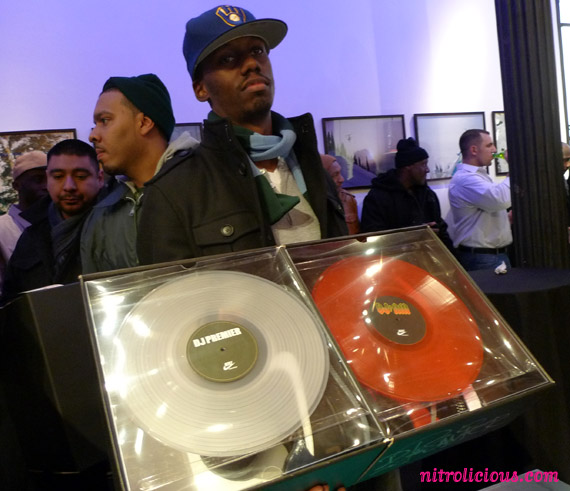 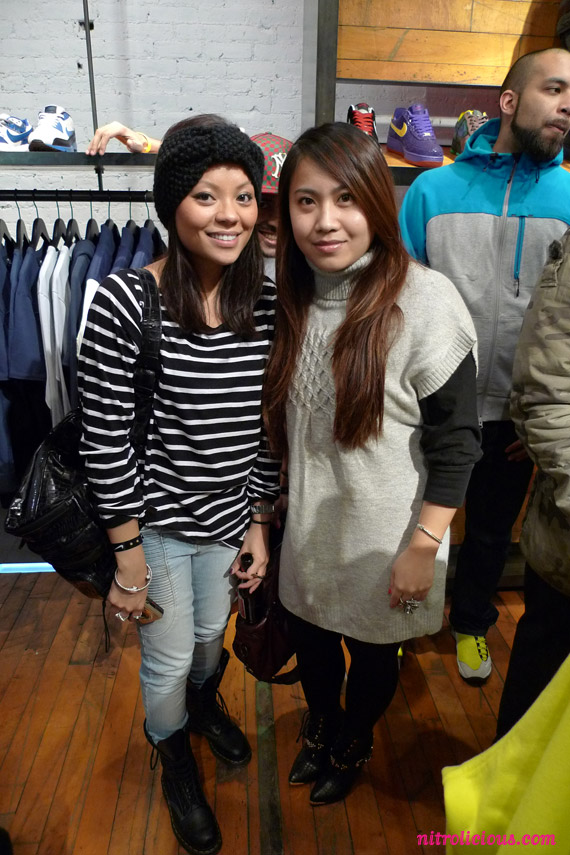 Shorties: Christine and Me 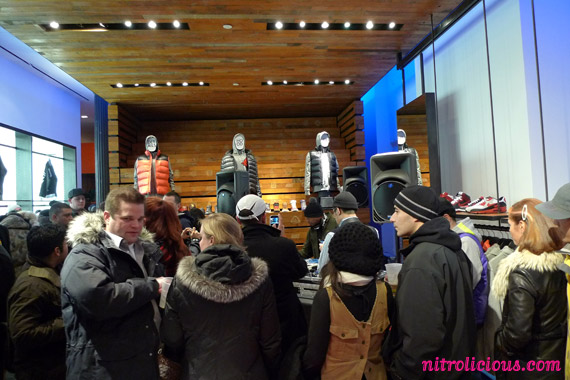 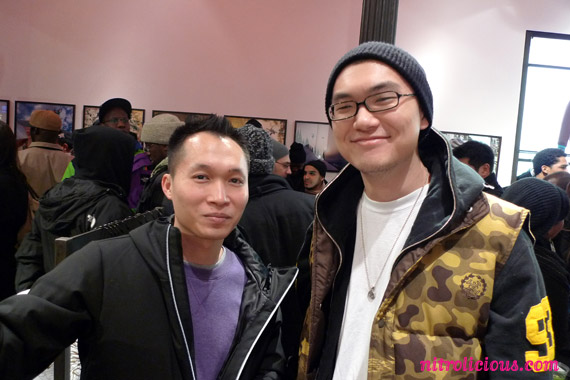 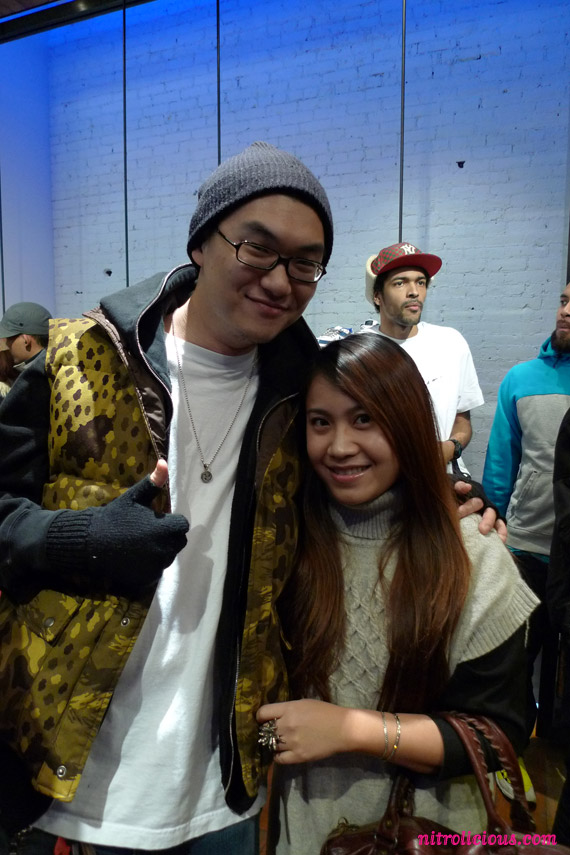 Phil (Wieden+Kennedy) and Me 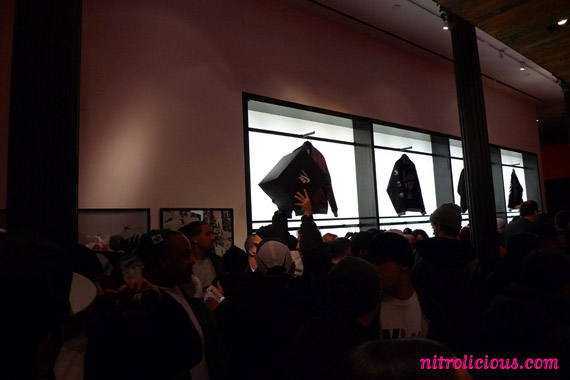 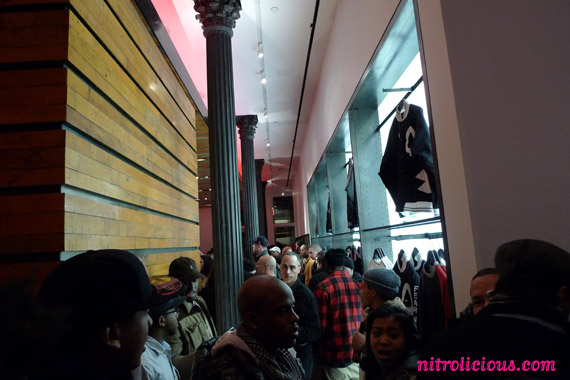 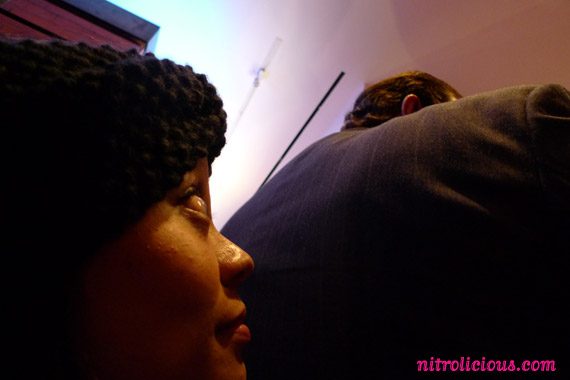 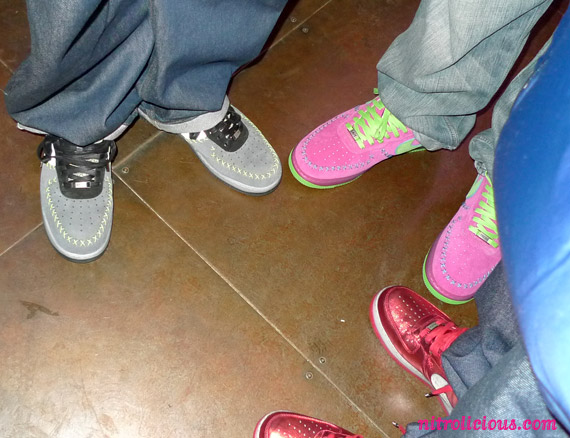 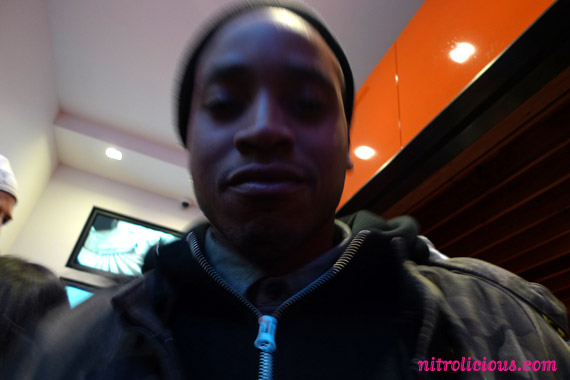 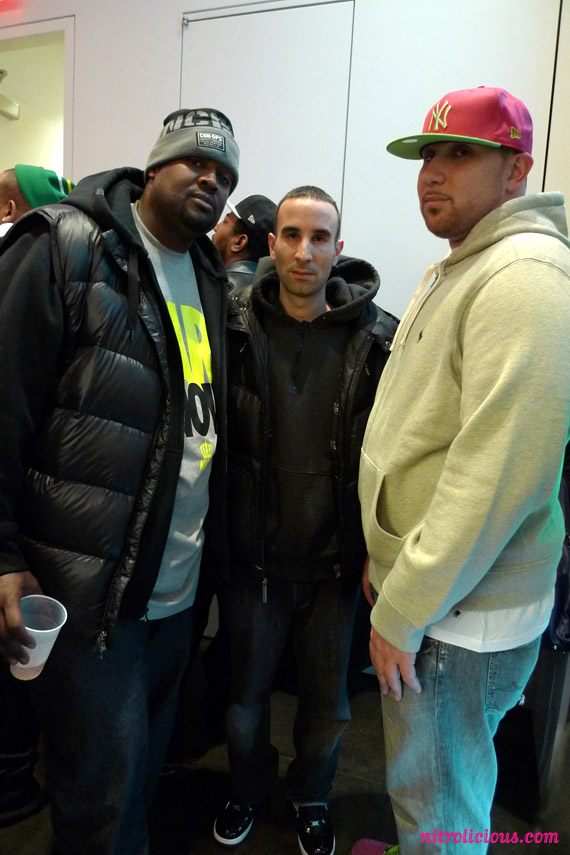 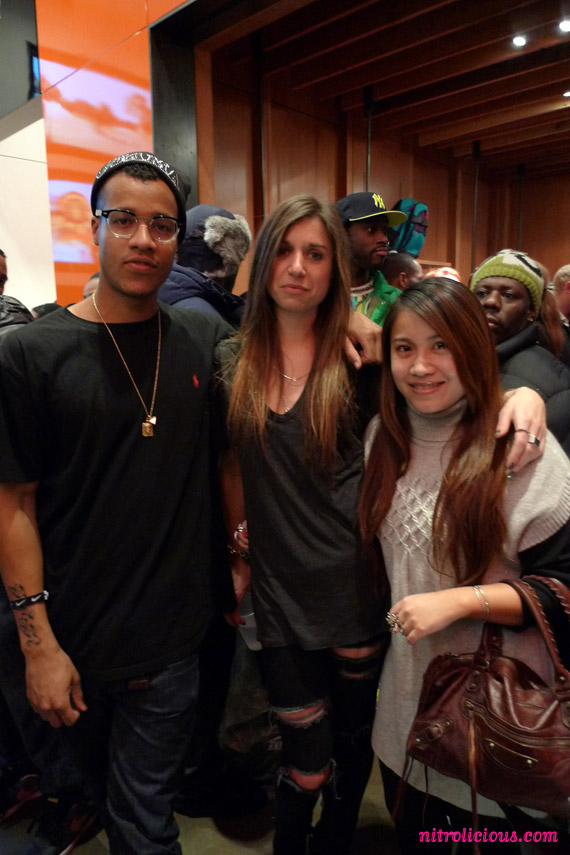 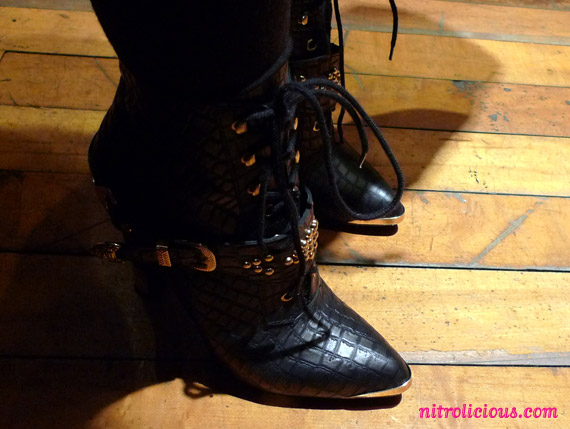 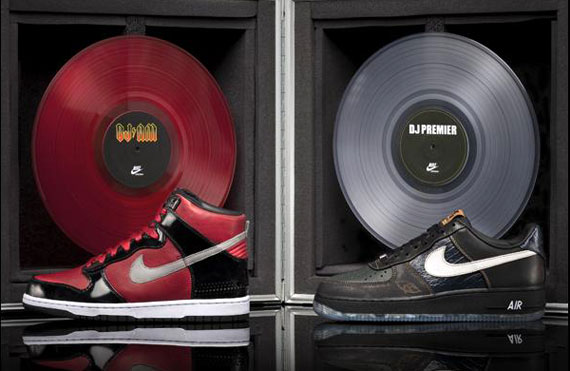 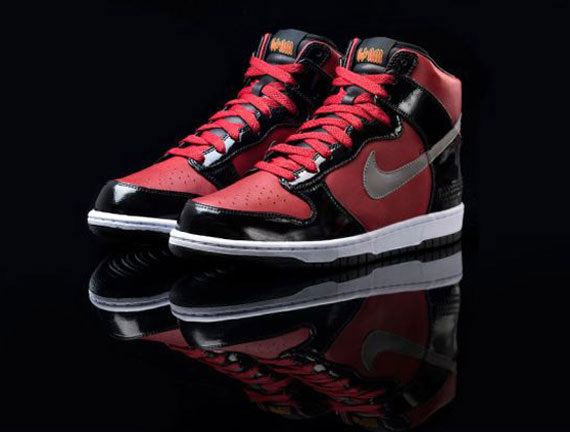 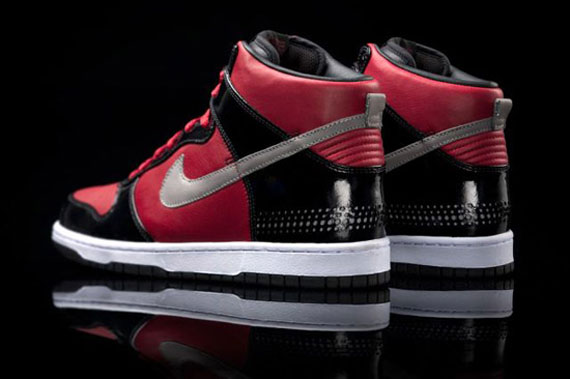 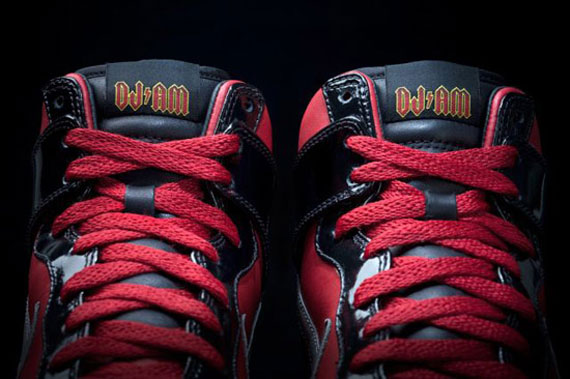 Representing the WEST: DJ AM
It is no secret that DJ AM, aka Adam Goldstein, was not only obsessed with sneaker culture, but was also infatuated with one of the most celebrated of Nike Sportswear icons, the Nike Dunk. Coupled with his love of the brand and his affection for the Dunk, DJ AM rendered a classic in the most traditional form. Leyva said, “It’s crazy to think we hadn’t yet worked with DJ AM.” Taking inspiration from old school Air Jordan colorways and his massive collection of sneakers, DJ AM brings you the Dunk rendered in red, black, and gray. DJ AM’s passion for deejaying would only result in a shoe that has numerous references to his craft. Dot detailing on the back heel of the shoe represents the flashing lights only a DJ can see reflecting from spinning turntables. The black and grey colorway is a hint to the materials he used to ignite a dance floor. With the color red as the base, his DJ AM logo is embossed on the tongue tab of the shoe as the final detail. 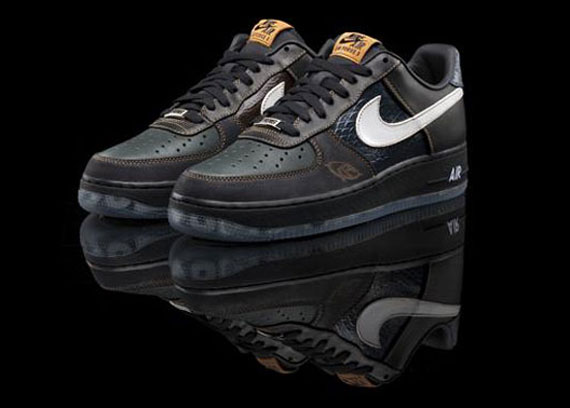 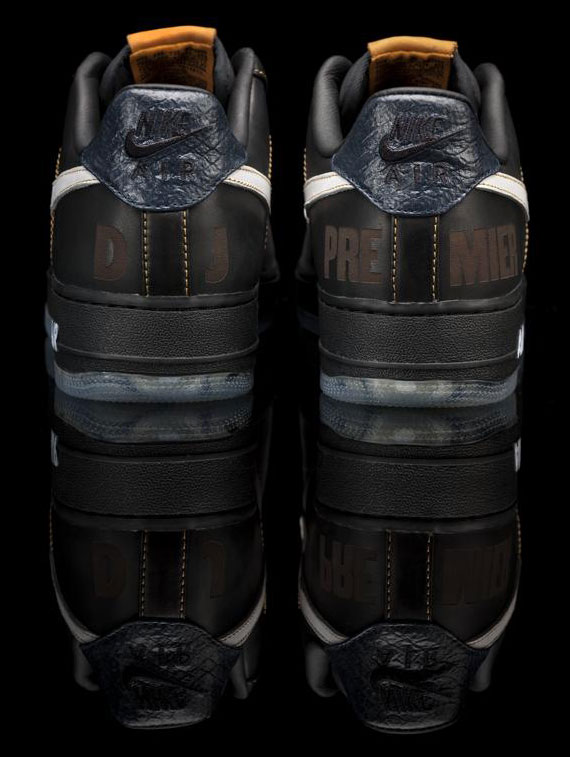 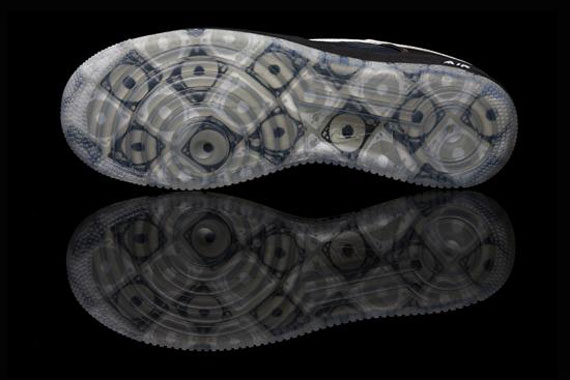 Representing the EAST: DJ Premier
When it comes to the East Coast and legendary hip hop producers, DJ Premier will be named their turntable king. Adopting Brooklyn as his home, DJ Premier chose this icon of East Coast culture to represent his presence in the design challenge that was placed before him. Signature East Coast style, the Air Force 1 has been revered on the streets as not only a staple, but also as a name of respect in the city boroughs. Nike Sportswear Design Director Jesse Leyva worked with Premier on this shoe and he mentioned that, “Premo wanted to put his name somewhere on the shoe, but not in a loud way.” This was accomplished with a subtle laser on the back heels. Using the palette of NYC as his inspiration, DJ Premier colored up his AF1 in black, forest green, and white to represent the current styles of his city.