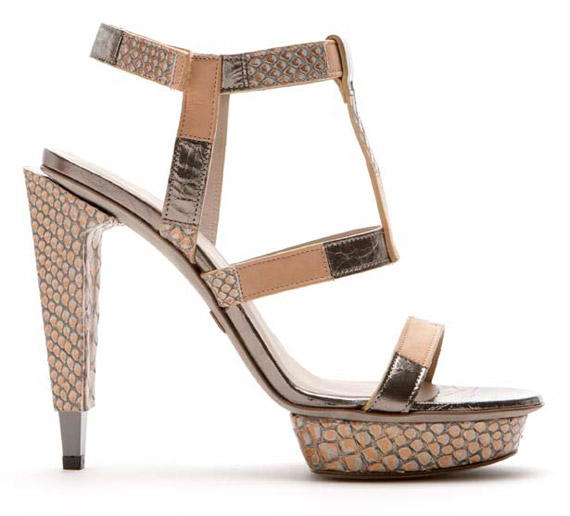 The Omelle Spring/Summer 2010 collection is all about “PLANES! TRAINS! & AUTOMOBILES!” Omelle introduces new heel constructions, such as the Band & Ledge heels which is mixed with wooden or exotic covered platforms. Nicole LaFave’s fascination with helicopter shapes show up in the “I” group, where you will see sexy chopper blades mixed with jet engine python sandals. The “J” group takes cues from old luggage tabs, railroad tracks and conductor hats, while shoes in the “K” group include inspiration from dashed traffic lines on pavement to shifter knobs in luxury automobiles. 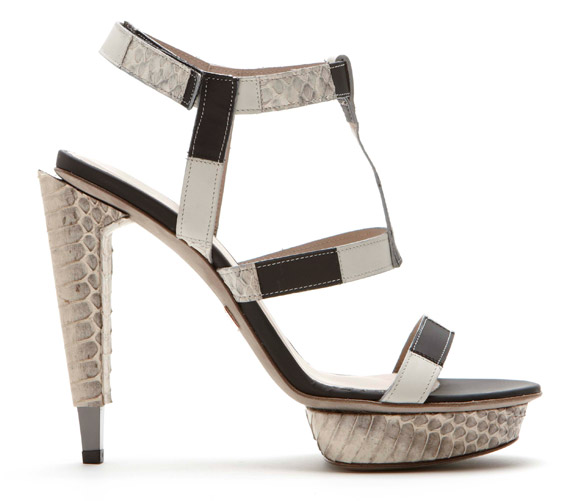 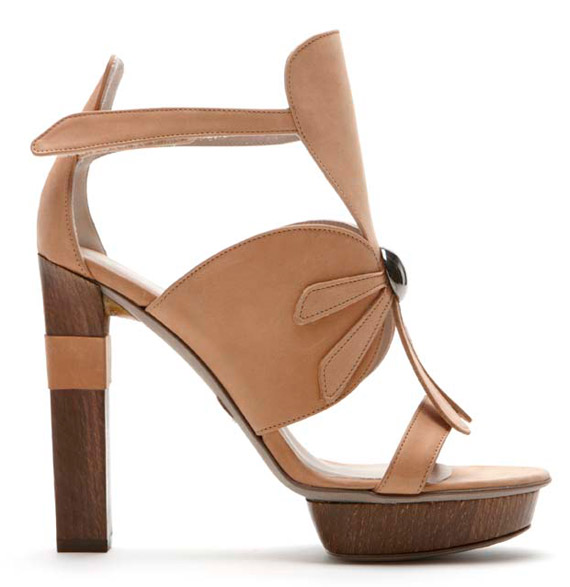 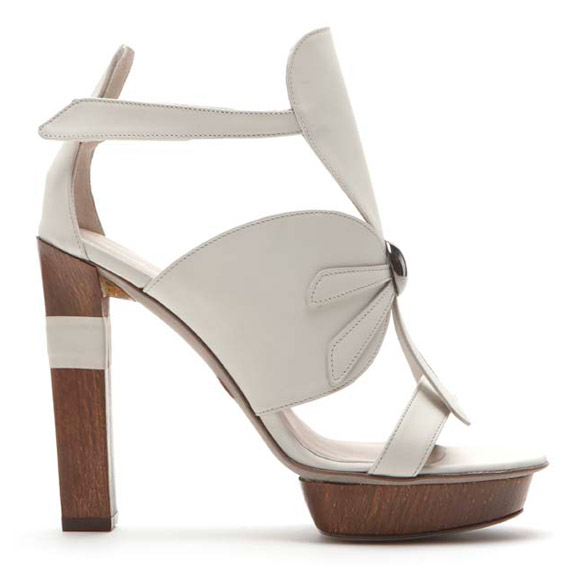 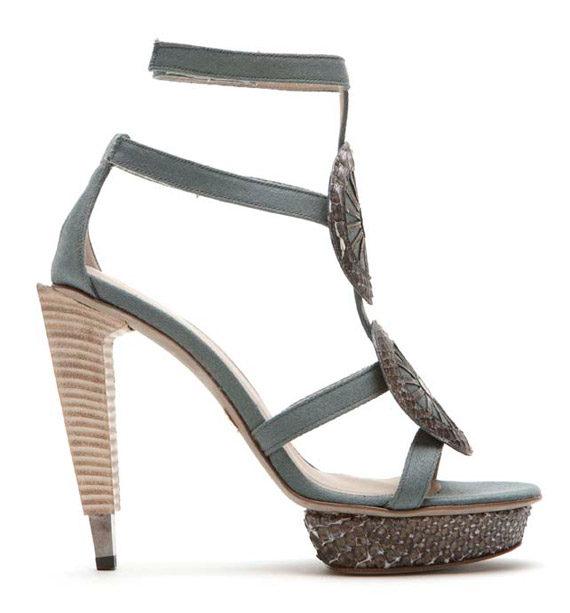 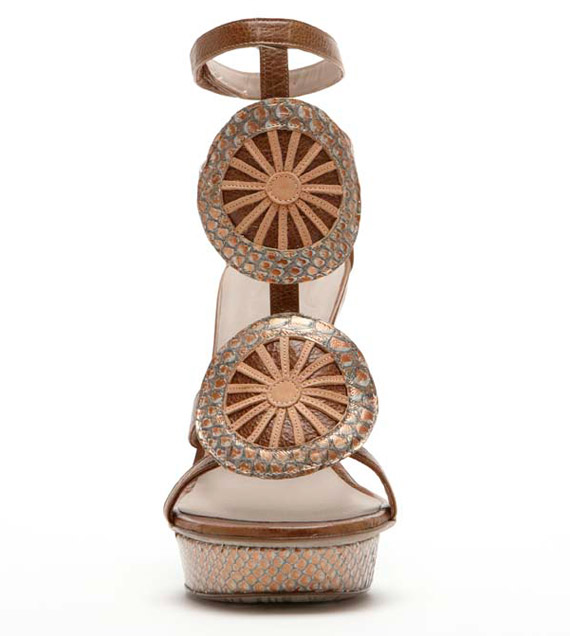 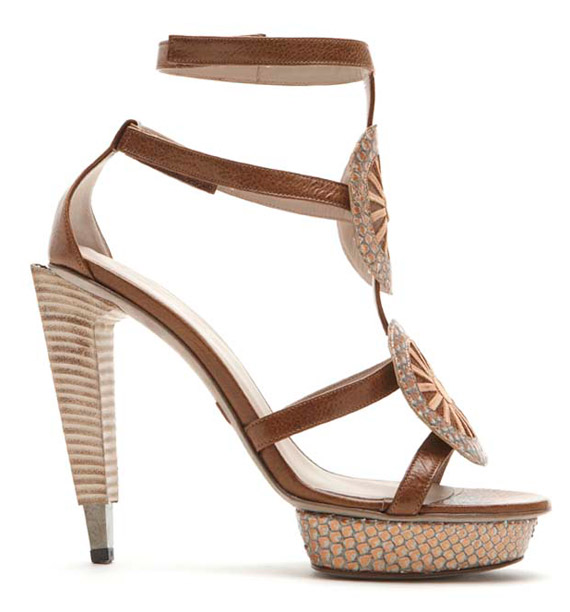