Last month some of you guys got a sneak peek of the Rodarte for Target collection from the editor’s preview via Twitter but per Target‘s request it was removed. Today, reader lucy92 tipped us off on a Rodarte for Target spotting on eBay

, again leaked by an editor that went to the preview. According to the auction, it was a gift to the editors from the Rodarte for Target preview. The dark navy blue floral lace scoop neck shirt short sleeve top ended at $10.49, I wonder what it will actually cost when it releases and may be more will pop up on eBay. The lace top looks pretty nice from the picture, I anticipate to see the full collection. Do you like the first look?

Full pic of the lace top after the jump… 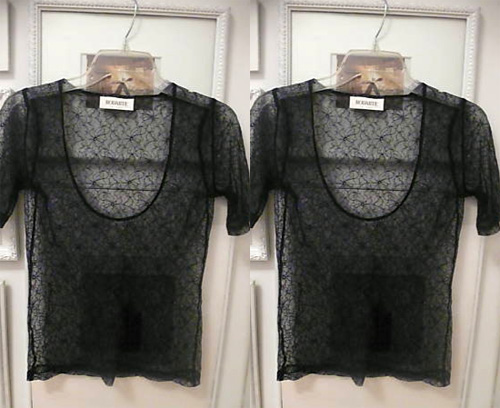