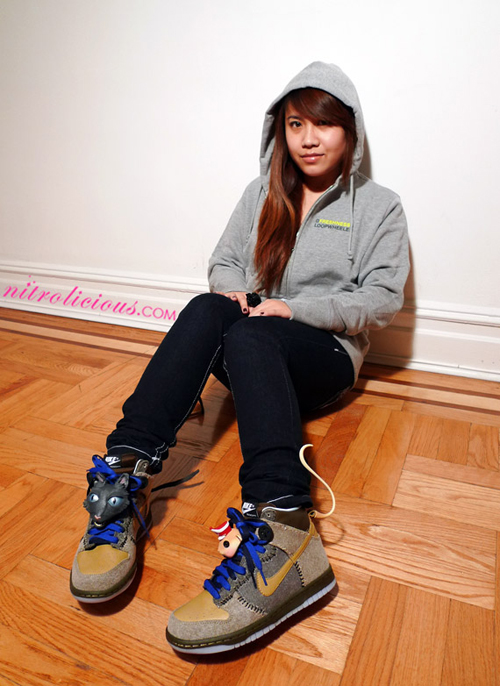 A nice package was dropped off at my doorsteps this past weekend, inside was a “suitcase” holding a pair of Nike x Coraline Dunk with movie props- the best thing is its in my size. These dope Dunks were made to celebrate Laika‘s (Nike CEO Phil Knight’s studio) first full-length animated film, Coraline, a story by Neil Gaiman and directed by Henry Selick (the director of The Nightmare Before Christmas). Taking the handcrafted style of the film as inspiration, this special edition features a unique hand sewn black visible seam on the upper ensuring each pair is unique. The hidden detail is the glow-in-the-dark sole which reflects the film’s sense of curiosity. The props were made by the Laika artist and are hand painted, there are only 50 mouse and cat heads and they are 1 of 50 as each cat mouth is unique. For the film 100,000 cat mouths were created to show the cats expression and make it talk. Only 50 were used on these dunks and every one is different. The mouse and cat tails double as protection against jean stains, well at least Rob Heppler thinks so haha! Check the little hat prop, so cute! Super dope dunks, love all the props- these are so going on display! Big thanks to Rob Heppler and the Wieden + Kennedy 12 crew!

The Coraline Dunks will not be available for sale but you may get lucky and win them on the website if you go watch Coraline on February 6th- be sure to say after the credits for the secret code. Once you get the secret code, find the Nike shoe box in the Coraline bedroom or here: www.coraline.com/dunks. Good luck! 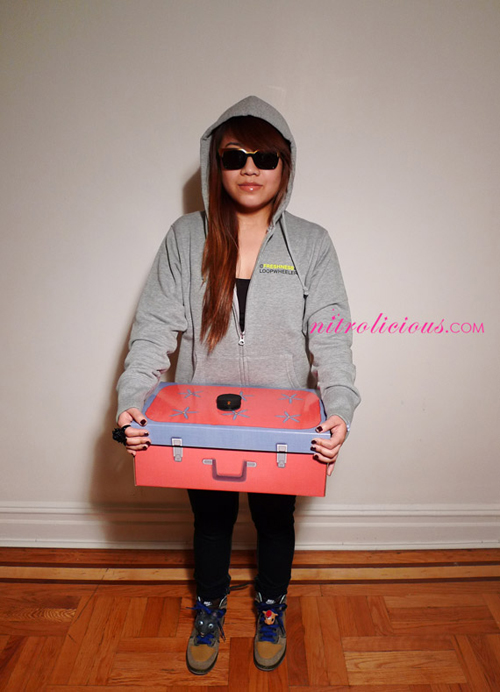 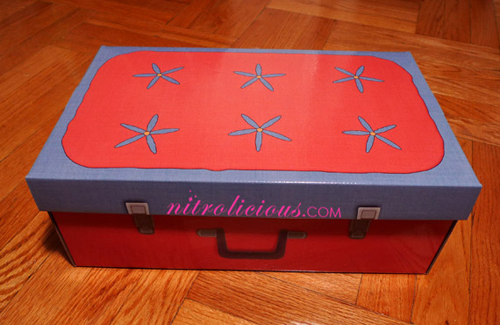 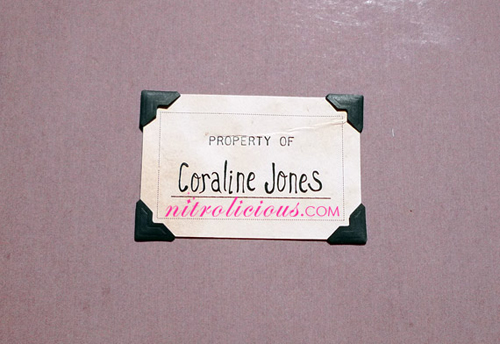 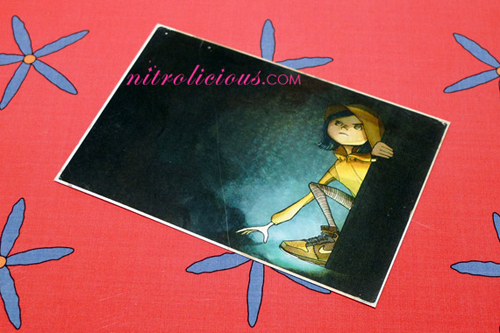 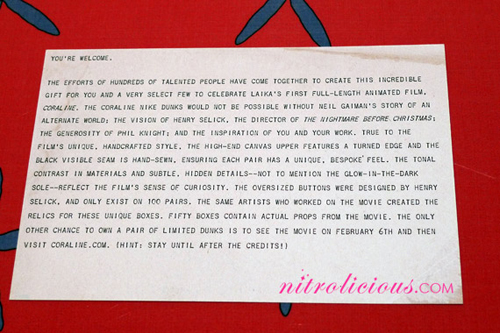 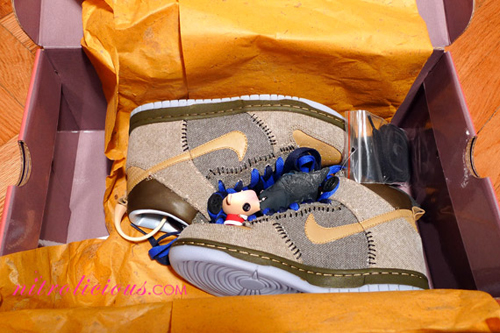 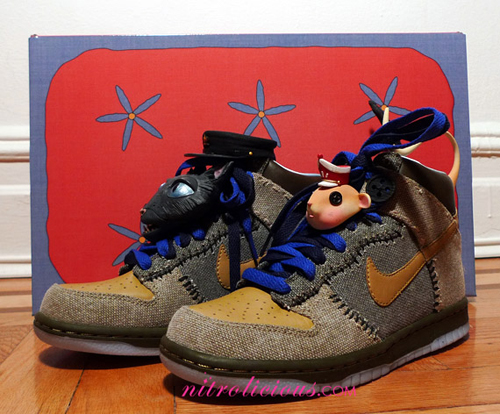 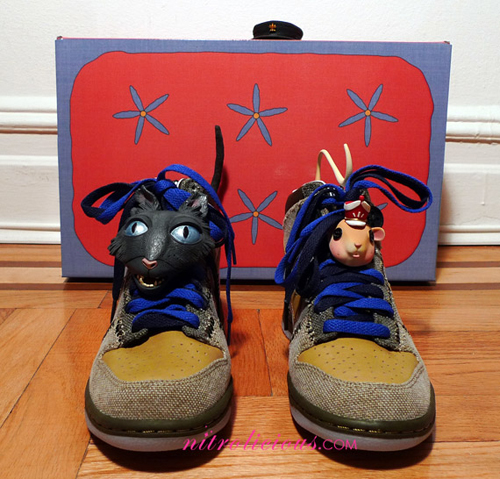 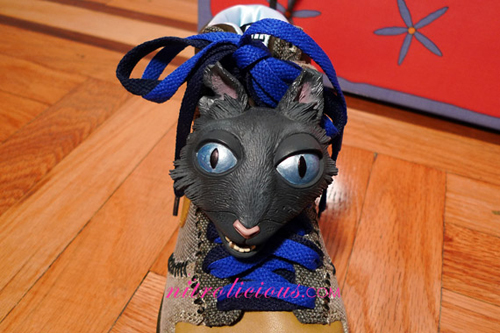 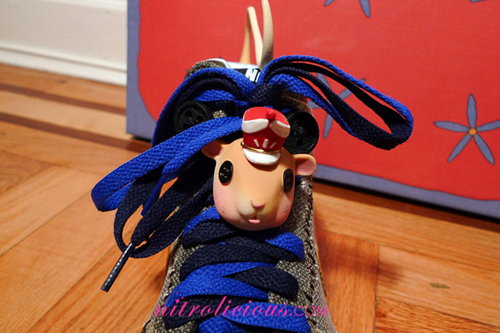 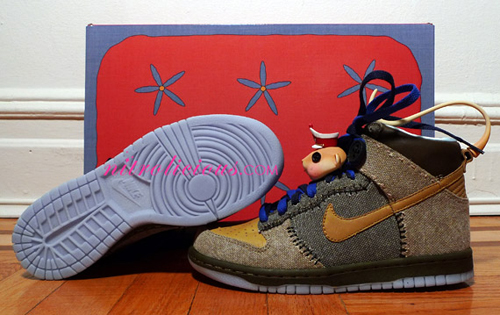 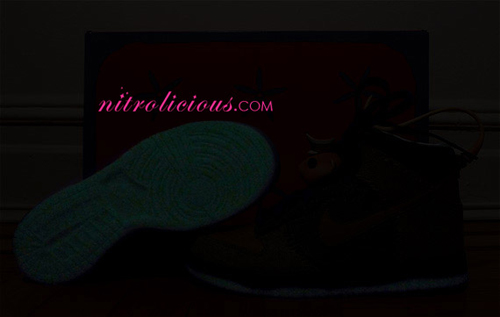 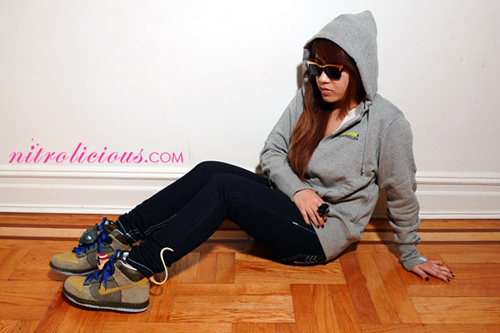 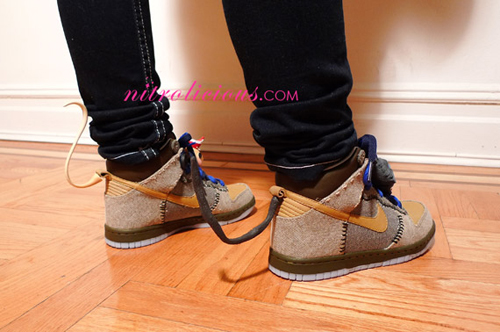 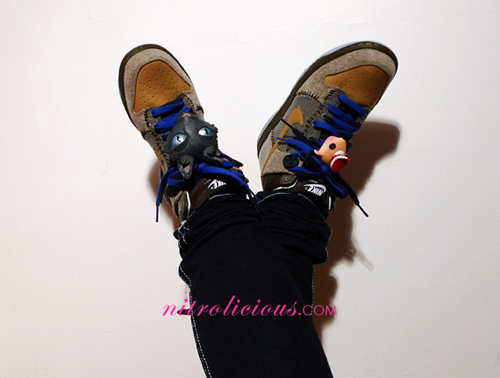 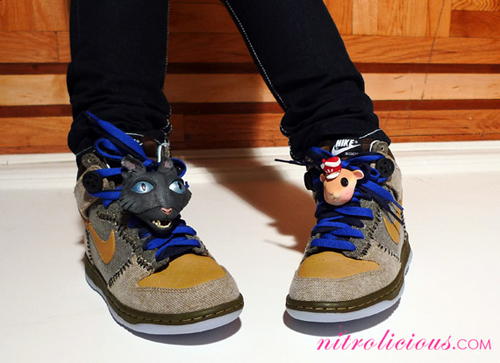 BELOW ARE THE CURRENT LISTINGS FOR THESE KICKS ON EBAY:
[If kicks below are a random assortment, desired kicks are not currently available on eBay.]