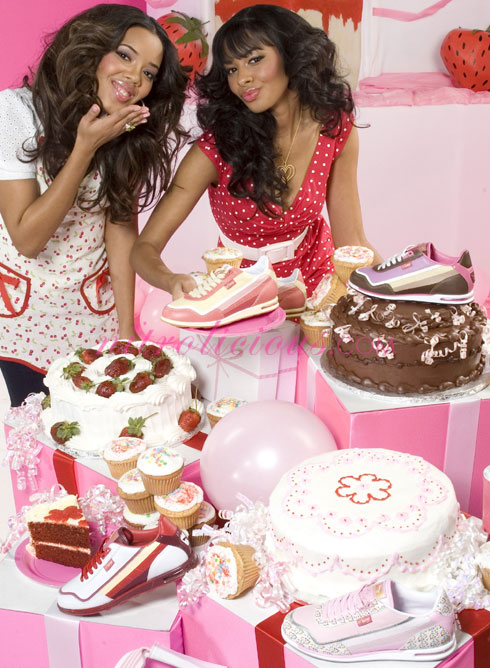 Vanessa and Angela Simmons the daughters of Rev. Run launched a new line of footwear under the branch of Run Athletics called Pastry Footwear. The initial line, The Cake Collection debuted on March 25th, I’ve seen the shoes at Magic last February they are colorful and has tasty names like Chocolate Mousse, Strawberry Shortcake, Red Velvet and Sprinkles. Each shoe will have a tube of lipgloss attached to it, with its scent/color coordinated to the shoe’s theme. The footwear will be packaged in boxes bound with satin ribbon, ala a pastry purchase.

If you’re a fan of their MTV reality series, the new season premiere of “Run’s House” is on Monday, April 9th…tune in because you will witness the birth of Pastry Kicks and you’ll see Vanessa and Angela demonstrate their baking skills.

Here’s a list of some online stores that carries Pastry!